The Chinese Communist Party-tied TikTok reached the climax of its lengthy battle with the Media Research Center’s video division by entirely axing it from the platform without notice. 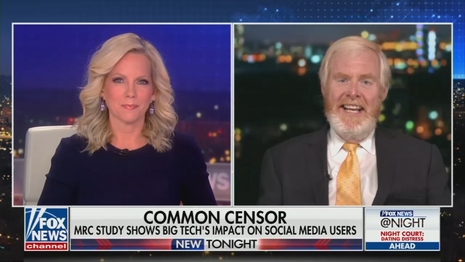 An MRCTV staff member opened the TikTok App to find that the account was “banned” — again — but not before the platform removed five more videos.

TikTok’s latest censor blitz came just three weeks after the platform permanently banned MRCTV on May 26. TikTok reduced the initial sentence from a permanent ban to a weeklong suspension, but one week after the suspension ended, the Chinese-Communist Party-tied platform removed MRCTV. Between Aug. 25, 2021 and June 15, 2022, TikTok censored MRCTV a total of 45 times. Forty-two of those cases were in 2022 alone. When the platform banned MRCTV the second time, the account had amassed over 79,000 followers.

The platform most recently restricted MRCTV from posting any new content and didn’t respond to MRC’s eight attempts to appeal or request comment. Instead of answering MRC’s inquiries, TikTok just decided to nuke the account.

The worst string of TikTok censorship came when the platform censored MRCTV a whopping 13 times in the month of February alone. The platform followed up by removing 10 more videos during the month of March. MRCTV appealed each incident and the platform eventually restored seven of the 10.

Another example showcased the incoherence of TikTok’s censorship operation. The platform removed a clip of "Reality Check" hosted by MRCTV Managing editor Brittany Hughes on March 10. In the video, Hughes blasted the Biden administration for claiming it would only consider black female candidates to fill former Supreme Court Justice Stephen Breyer's seat. “The heck with the rest of her resume and the fact that she may in fact actually be the best nominee on merit,” Hughes said. TikTok restored the content after MRCTV appealed. On May 16, the platform removed the video again and rejected a second appeal.

TikTok is apparently easily triggered by conservative content that doesn’t serve the propaganda of its communist overlords.

One of the final five videos that TikTok censored was another "Reality Check" clip. This time, Hughes blasted the left for pushing transgender ideology on children. She addressed the Drag Your Kids to Pride event where, according to Hughes, "unwitting children with no say in the matter were plopped down on barstools and subjected to grown men dressed like strippers gyrating on a runway in front of a sign that read 'it's not gonna lick itself.'" She declared, "That's the ugly truth about where we're at, and the militant alphabet mafia is not trying to hide it." TikTok removed the video initially for violating the platform's "community guidelines."

Another one of the five most recently censored videos featured a clip from MRCTV original show "Things That Need to Be Said" with blogger and on-air host Nick Kangadis.’ In the clip, Kangadis kicked off pride month talking about straight pride and his favorite things about being a straight white male. "What else besides women can frustrate a man to no end and the man still chases after and wants to protect them." He later added that "another great thing about being straight… is the ability to naturally create life.” TikTok removed the video and soon after banned MRCTV's account.