The censorship overlords at YouTube have apparently continued their digital war with comedian and political commentator Steven Crowder. 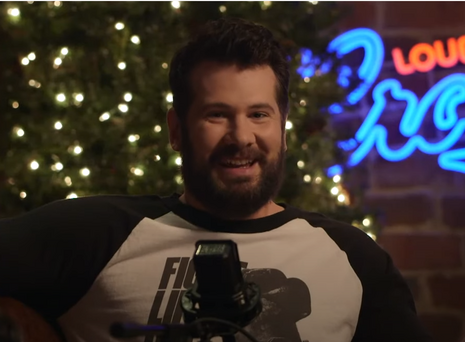 Crowder posted a purported snapshot of a notice from the liberal streaming platform informing him that it deleted his recent Louder with Crowder episode headlined, “The LEFT Hates Elon Musk Because He's Too Based!" The purported notice from YouTube said, "Our team has reviewed your content, and, unfortunately, we think it violates our hate speech policy." Crowder responded on Instagram, "Well well well… Rumble and #MugClub it is!! INCOMING!!! 10AM ET. #LwC."

BlazeTV, where Crowder's show is streamed, released a statement Dec. 15 saying that Crowder had in fact been suspended from YouTube: "Louder with Crowder will NOT be shown on YouTube for the rest of the year. Why? Your guess is as good as Crowder's."

This is now the sixth documented case on CensorTrack in 2021 of YouTube either deleting Crowder's content, demonetizing his channels or suspending him from the platform.

Blaze Media further reported on the dubious reasoning behind Crowder getting censored, which allegedly was very vague:

Of course, YouTube doesn't tell him specifically what about yesterday's show has them all boo-boo-faced. At this point, it's not like they don't know how to get in touch with him or his lawyer Bill Richmond.

YouTube suspended Crowder in October for allegedly violating its so-called “hate speech policy” for an episode that included a comedy sketch based on reports of the increasing sexual threat transgender people pose to female inmates in California’s prisons. Crowder later told Daily Wire host Michael Knowles, “They are coming for you, even if your children are being raped.” He continued: “So when people say go and build your own YouTube, go and build your own Twitter or Facebook, it’s not possible, because these entities are one and the same with government right now.”

In August of 2020, YouTube had restored Crowder’s ability to receive money from advertisements after demonetizing him for more than a year.