YouTube finds that a video showing crimes committed by African-Americans against white people goes against its community standards.

Conservative YouTuber and author Mark Dice tweeted a video compilation of black-on-white violence that he called “[t]he racism the mainstream media won’t show you.” YouTube removed the video soon after his tweet for violating its community standards. 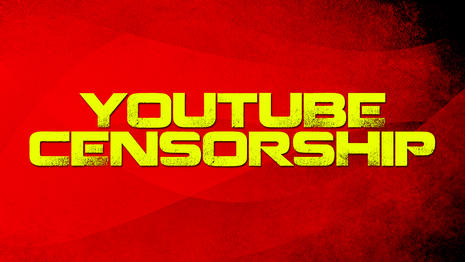 The video, produced and posted on YouTube and other video outlets by Mimir’s Council, is titled “Media Lies Matter.” It begins with part of a video produced by YouTube explaining its support of the Black Lives Matter movement. The voiceover from the video continues as the compilation begins of nearly 90 separate videos of black violence against white people. Disturbing clips of black children attacking white children were also included.

Discussions of black oppression and white privilege played throughout the video, in contrast to the content shown. The nearly seven-minute-long video is unrelenting in its depiction of the recent cases of generally unprovoked violence against white people. The companion audio countered the visual depiction with media pundits explaining that whites are privileged and must use their privilege to create change on behalf of black people.

Some Twitter users questioned why YouTube removed this video. The takedown notice Mimir’s Council received from YouTube simply stated that it was a “violation of our Community Guidelines.” The notice found at the original video link points to a violation of the platform’s “policy on violent or graphic content.” Previously, YouTube CEO Susan Wojcicki released a blog stating, “[W]e believe Black lives matter and we all need to do more to dismantle systemic racism.”

Mimir’s Council has appealed YouTube’s decision and is awaiting a response.

When reached for comment, a spokesperson for YouTube reiterated the platform's guidelines against violent, graphic, shocking content. The standards are enforced without regard to the uploader of the content. According to the Community Guidelines enforcement report, which is updated quarterly, 11.4% of the more than six million videos removed in the first quarter of this year were removed for violent or graphic content.