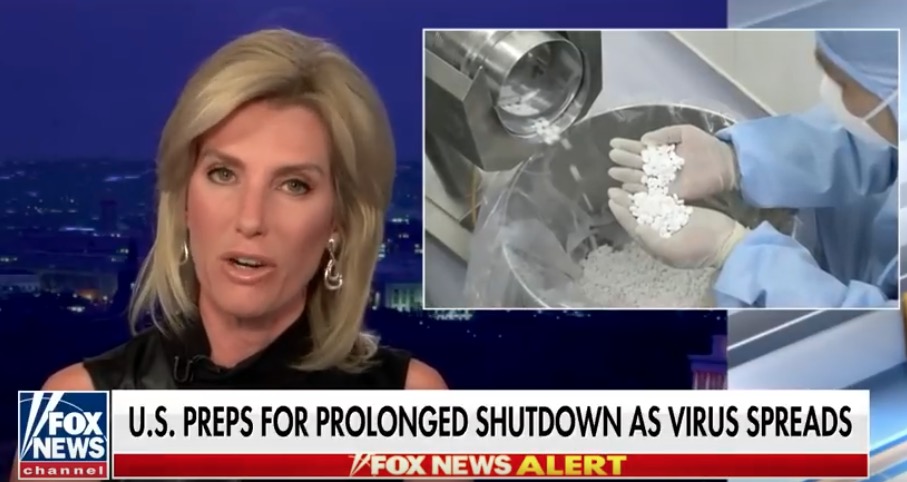 Ingraham (@IngrahamAngle) tweeted: "Lenox Hill in New York among many hospitals already using Hydroxychloroquine with very promising results. One patient was described as ‘Lazarus’ who was seriously ill from Covid-19, already released." Ten days later, on March 30, Twitter demanded that tweet be removed.

A Fox News story about the Ingraham segment that this tweet referred to does carry a correction that the guest does not work for Lenox Hill and that his views are his own. It is also the case that the FDA approved the treatment on March 29, the day before Twitter demanded that the 10-day-old tweet be removed. The malaria drug that is showing promise as a treatment for the COVID-19 Coronavirus started being tested under FDA approval at hospitals in New York on March 24, for patients who were on "compassionate care," or otherwise not expected to survive.

There are critics who do not believe that the FDA should have issued the emergency approval for the treatment without more rigorous testing. Could it be that Twitter is siding with critics over the FDA instead of allowing for a discussion from both sides of the argument?