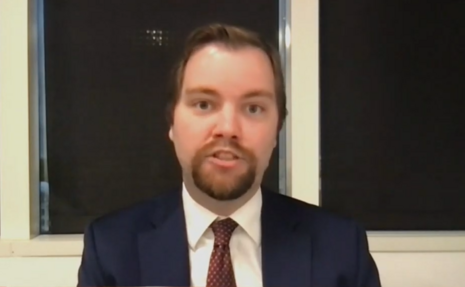 Schweppe’s now-deleted tweet called for more governors to ban hormone and sex change procedures for minors, according to screenshots tweeted by pro-family organization American Principles Project. Schweppe told MRC’s Free Speech America in an exclusive comment that “Twitter has apparently decided not only to take the side of those who want to chemically castrate children, but to ban anyone who dares to disagree. Section 230 reform can't come soon enough!"

Schweppe’s tweet encouraged governors to “be emboldened to continue the fight against the evil gender ideology,” according to APP’s screenshots. He also urged them to “join[ ] Arkansas and Tennessee in banning the chemical castration and surgical mutilation of minors suffering from gender dysphoria.”

Schweppe deleted the tweet at Twitter’s request to regain access to his account, and the platform restricted his account for 12 hours for so-called “hateful conduct.” Twitter’s “Hateful conduct policy” prohibits users from “promot[ing] violence against, threaten[ing] or harass[ing] other people” based on certain characteristics including “gender” and “gender identity.” Twitter limited Schweppe’s account features allowing him "to only send[ ] direct messages to [his] followers — no Tweets, Retweets, Fleets, follows, or likes," according to APP’s screenshots.

The platform also denied Schweppe’s appeal of the censorship, claiming that its “support team has determined that a violation did take place, and therefore [it] will not overturn [its] decision,” according to another screenshot APP tweeted.

Schweppe defended his tweet when he told MRC Free Speech America: “[N]othing in my tweet was hateful. In fact, I was advocating for legislation that would protect children from the terrible violence being perpetrated on them by adults who should know better.”

Big Tech censorship against users who oppose the left’s transgender ideology exploded in 2021. An MRC CensorTrack study found 100 examples of Big Tech censoring content and users who affirm only two genders or recognize biological gender differences in the first 11 months of 2021.