A new study of YouTube exposed what it called a “conspiracy ecosystem” of content creators that tried to connect prominent conservatives with a well-known racist and package them together as “far-right” or “reactionary” “extremists.” 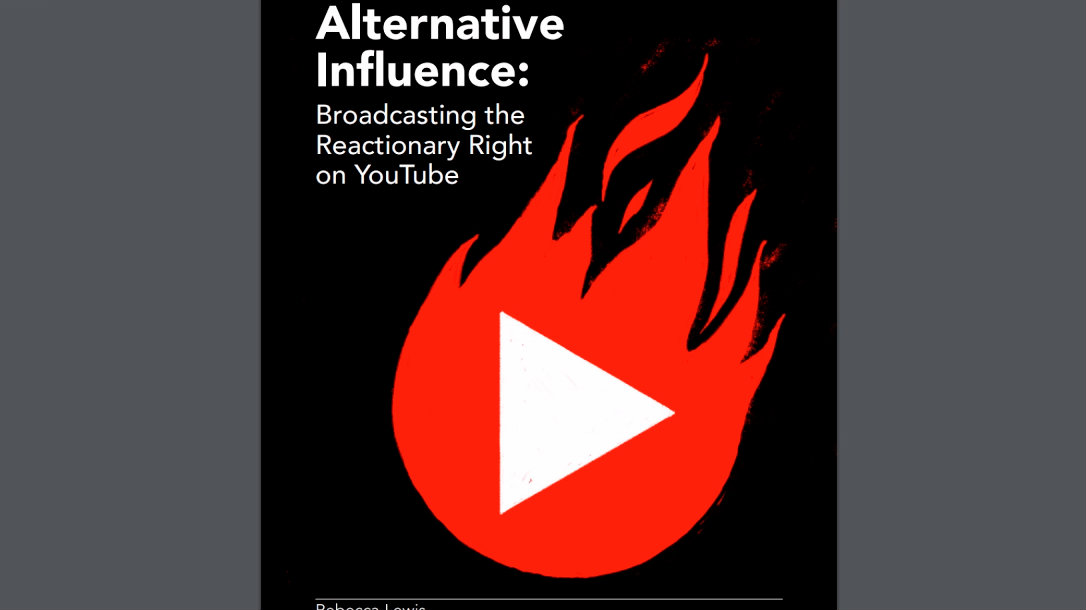 The study, published Tuesday, exposed the “Alternative Influence Network” and featured top conservatives like the Daily Wire’s Ben Shapiro and Andrew Klavan, the Prager Institute’s Dennis Prager, and University of Toronto Prof. Jordan Peterson. It then attempted to link them with racists like Richard Spencer and accuse them all of having a harmful “impact” “on vulnerable and underrepresented populations — the LGBTQ community, women, immigrants, and people of color.”

Author Rebecca Lewis deemed the entire collection — from moderate conservatives to full-blown racists — “reactionary,” a term the report employed 13 times in order to hammer home that everyone mentioned was part of the same “extremist” network. “Extremist” was used 25 times in the report.

In short, it was a hit job and one designed to pressure YouTube to limit their reach. “YouTube must respond with policies that account for influence and amplification, as well as social networks,” demanded the report.

The report was produced by Data & Society, a non-profit group funded by major Democratic allies including billionaire George Soros’ Open Society Institute and The New York Times. Its purported aim was to alert online platforms, particularly Youtube, how the right uses “the same techniques that brands and other social media influencers use to build followers and garner traffic.” This group of people used these techniques “as a way to sell users on a specific right-wing ideology.”

The report claimed, “YouTube is a principle online news source for young people. Which is why it is concerning that Youtube, a subsidiary of Google, has become the single most important hub by which an extensive network of far-right influencers profit from broadcasting propaganda to young viewers.”

The goal was simple: Data & Society was pointing the finger at popular right-wing posters on YouTube, painting them as radical and saying that the platform must do something about their influence.

According to Lewis’ findings, a large contributing factor to the proliferation of these right-wing views is the interconnectedness between content creators. The report claimed, “Social networking between influencers makes it easy for audience members to be incrementally exposed to, and come to trust, even more extremist political positions.”

Data & Society offered a neat little visual representation of this statement. It displayed a grouping of political content creators, from Shapiro to Spencer. In the visual, the influencers were represented by boxes of varying shades of red. The more influence a person was purported to have on the site, the darker (and larger) the box would be. Between the 65 names lines were drawn to show the alleged connections between each YouTuber.

The caption stated, “Each line indicates that two connected influencers appeared in the same YouTube video during the period of January 1, 2017, and April 1, 2018, serving as guests, hosts or collaborator.” The chart even included one scenario that showed “how conservative pundit Ben Shapiro is connected to white nationalist Richard Spencer.” What makes that even more insane is Shapiro is Jewish.

Lewis would have internet users believe that once they’ve opened themselves to views from mainstream conservative pundits, such as Shapiro, they are opening up a Pandora’s box that leads to further exposure to alt-right extremists. It’s a veritable hate map used to smear the opinions that the media doesn’t agree with. All tech has to do is pull the trigger. 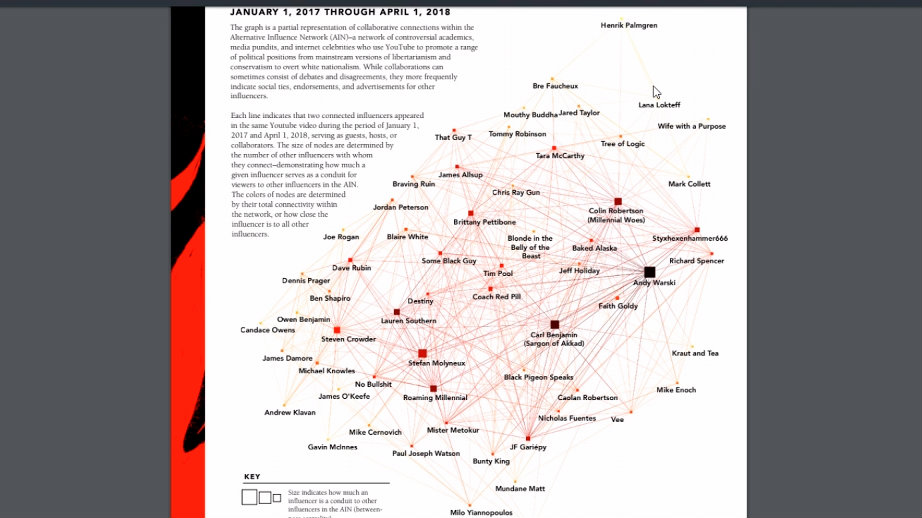 Tim Pool, an independent journalist known for his live coverage of Occupy Wall Street, slammed the study for throwing him in with the “reactionary right.” He tweeted, “The study is literal fake news. I don't understand how this passes muster at all and I believe @datasociety needs to issue a correction immediately.” He also pointed out how contrived the supposed “network” is, saying, “Most of the actual connections were interviews at breaking news events. One was a scheduled sit down interview (Rubin.)”

Software developer Marlene Jaeckel also criticized the study, “It is outrageous and defamatory to classify James Damore as an ideological ‘extremist influencer’ because he appeared as a guest on some podcasts, YouTube shows, and recorded panel discussions.” She blasted Lewis, saying that such hamfisted associations have called the “credibility of your ‘report’ into question.”