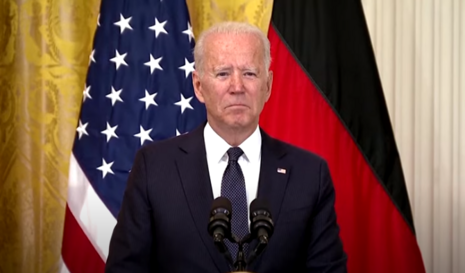 Regardless of political party or platform, governments and social media giants cannot be trusted to decide what’s true or false or what speech should be allowed, the American Civil Liberties Union (ACLU) warns.

“No matter which party is in power, the government cannot be trusted to label 'truth' or 'fiction' any more than Facebook or Twitter can,” the ACLU tweeted Tuesday, commenting on a CNN article titled “White House reviewing Section 230 amid efforts to push social media giants to crack down on misinformation.”

CNN reports that the White House is pressuring social media platforms to censor posts that the Biden Administration declares untrue by threatening to remove protections from liability for users’ posts:

“The Section 230 debate is taking on new urgency in recent days as the administration has called on social media platforms to take a more aggressive stance on combating misinformation. The federal law, which is part of the Communications Decency Act, provides legal immunity to websites that moderate user-generated content.”

The First Amendment, not Section 230, is what protects social media companies from liability, ACLU concludes, citing declarations of “truth” by past administrations:

“Remember when then-President Trump claimed COVID would just 'go away' without a vaccine?

“Remember when President Obama told us that the NSA had not abused surveillance programs revealed by Edward Snowden?

“The president should know that it's not Section 230 that protects social media companies from liability for false information.

“It's the First Amendment.

Editor's Note: This piece was first published by CNSNews.com.