Misinformation is apparently whatever someone disagrees with. This seems to be true when it comes to Oxford University.

In the briefing published on Oct. 5, 2020, the institute slammed nine pieces written and published in American conservative outlets such as NewsBusters, The Daily Caller, The Heritage Foundation’s The Daily Signal, BizPac Review, The Daily Wire and The Blaze. According to the Oxford Internet Institute (OII), these sites are considered “junk news.” 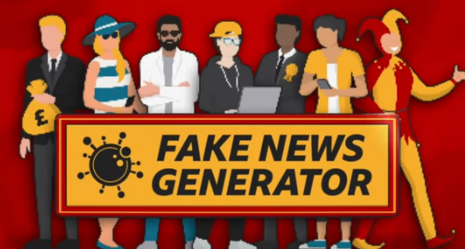 OII is funded in part by Google UK Ltd, Harvard Law School, and Microsoft Corporation. These briefings are a part of the Computational Propaganda Project, which produces reports for the United States Senate. The project has been quoted in a Senate hearing by current Democratic Vice Presidential nominee Senator Kamala Harris (D-CA).

The briefing named a piece by NewsBusters managing editor Curtis Houck as an example of the  “sharp criticism … levied against the reactions of mainstream media.” Even though the article in question was merely a wrap-up of quotes from NBC concerning the presidential debate that took place on Sept. 30, OII considered it “one of the best-fitting articles in the topic model of the previous section.” The issue with this characterization of the piece as “junk news” is that in the previous section, the only model given about pieces concerning the debate was that it “included words such as ‘Biden’, ‘debate’, ‘Trump’, ‘Wallace’, and ‘election’. This topic concerned the first US Presidential debate held on Tuesday night.”

These pieces are as follows:

OII helpfully included how the department labeled sites as “junk news.” The Methodology FAQ lists five criteria for “junk news” and states that in order for a site to be considered “junk news,” it must meet three of the five points.

These points include: professionalism, style, credibility, bias, and counterfeit. In the style definition, OII says that outlets that use “emotionally driven language with emotive expressions, hyperbole, ad hominem attacks, misleading headlines, excessive capitalization, unsafe generalizations and logical fallacies, moving images, and lots of pictures and mobilizing memes,” are “junk news.” By this definition, BuzzFeed would be “junk news.”

Equal Footing for Conservatives: Conservatives are under attack.Visit censortrack.org, where you can contact us at the Media Research Center if you have been censored, and help us hold Big Tech accountable.