Twitter has gone after actor James Woods for violations at least four times in the past two years. And the platform just did it again.

Woods tweeted a screenshot of his lock, which said, “Your account, @RealJamesWoods has been locked for violating the Twitter Rules.” No specification for the lock was given. However, Woods was given a warning from Twitter that said, “Please note that repeated violations may lead to a permanent suspension of your account. Proceed to Twitter now to fix the issue with your account.” 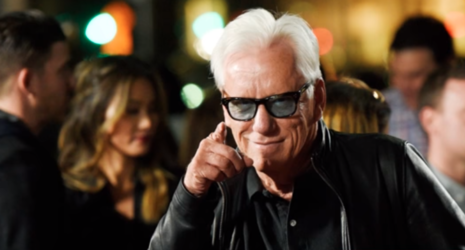 A spokesperson from Twitter confirmed to the Media Research Center that Woods had indeed been locked out, but declined to explain why. Woods then posted a tweet later about the item in question which had been reported. “The infamous video in question,” he said, “was the beating of a nursing home resident in Detroit.” In the video, a young man appears to be beating an elderly nursing home resident in his bed.

Woods tweeted that he knew another “conservative verified user” who had also been locked out and then immediately unlocked. He said, “I’m guessing other free thinkers have had the same experience. Probably practicing for the upcoming purge of conservative speech during the election cycle.”

He said that Twitter had given him no reason for the account lock, and stated further, “I had started posting the names of all police officers who have died in the line of duty this year. I was nowhere near going through the 97 names (as of this date), but I’m guessing it irked one of the lefties in charge.”

The actor has posted several screenshots of what he said were attempts made to hack into his Twitter account. He has also pointed out that many of his tweets get reported for seemingly no reason.