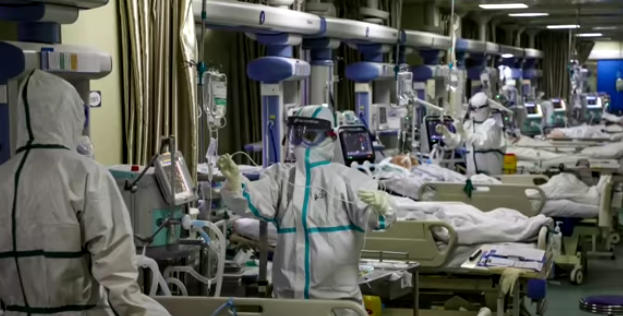 Mosher had written, “It sure sounds like China has a problem keeping dangerous pathogens in test tubes where they belong, doesn’t it?” He pointed out that the Chinese Ministry of Science and Technology had “released a new directive titled: ‘Instructions on strengthening biosecurity management in microbiology labs that handle advanced viruses like the novel coronavirus.’”

Health Feedback, a branch of Science Feedback, one of Facebook’s third-party fact-checkers, rated Mosher’s op-ed as having “low to very low” scientific credibility. “Infectious disease experts who are actively involved in the coronavirus outbreak response explained to Health Feedback that Mosher’s claims are inaccurate and misleading,” the piece stated. One of the experts, Danielle Anderson, states that she found the op-ed from Mosher to be “infuriating” because of her personal experience at the Wuhan Institute of Virology.

But the information in Mosher’s op-ed had become relevant again because of a report from CNN. On April 15, CNN wrote, “US intelligence and national security officials say the United States government is looking into the possibility that the novel coronavirus originated in a Chinese laboratory rather than a market.” Unnamed intelligence officials said the theory was that the virus had been “accidentally released to the public.”

According to The New York Times, Arkansas Republican Senator Tom Cotton said in February in an interview with Fox News that there was a possibility that the virus had originated in a lab in Wuhan. “We don’t have evidence that this disease originated there,” he said, “but because of China’s duplicity and dishonesty from the beginning, we need to at least ask the question to see what the evidence says.” The Times referred to this as a “conspiracy.”

Ahmari tweeted on April 15 that when he tried to share Mosher’s op-ed on his Facebook account, a warning came up before he posted the link. The warning he shared said, “False information in this post[.] Independent fact-checkers at Science Feedback say that this post has false information. To help stop the spread of false news, a notice will be added to your post if you decide to share this.”

Facebook’s content reviewers have been sent home during the coronavirus pandemic. “Critical employees” have not been able to work from home, according to a post from Facebook CEO Mark Zuckerberg.