Facebook’s new anti-violence policies have not yet applied to some of the most controversial and potentially dangerous users on its platform: the domestic terrorist group Antifa.

At least 119 regional Antifa groups and pages remain untouched on Facebook after the company announced several new and updated policies, including one against violence. These groups have a collected 351,948 followers. Antifa groups around the United States have been linked to violence and doxxing, or a release of personal information. Some have threatened people whom they deem to be “racists” or “nazis.” 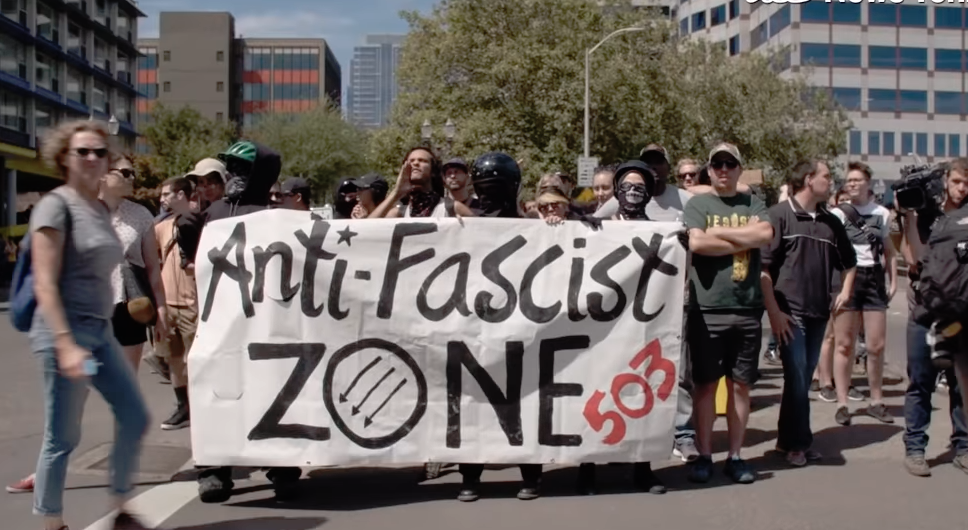 Journalist and Quillette editor Andy Ngo was beaten and doused with “milkshakes” reportedly laced with quick-dry cement by Antifa rioters on June 29. He was hospitalized and treated for a brain hemorrhage.

That was hardly the only instance of Antifa violence and intimidation.In the past, a group called Smash Racism DC doxxed and caused a disturbance in front of Fox News host Tucker Carlson’s home. The group “cracked the front door,” according to CNN.  Its Facebook page is still active.

All Out DC, another Antifa group in Washington D.C., also posted several images of Tucker Carlson’s personal phone number. This group is also still active on Facebook. Antifa even attacked an NBC journalist in September of 2018. NBC reporter Cal Perry was beaten and had his camera yanked away from him by members of Antifa in Charlottesville while he was filming a protest.

When President Donald Trump was inaugurated in January 2017, antifa demonstrators rioted in the streets and were ready to “violently disrupt the inauguration,” according to The Washington Post. 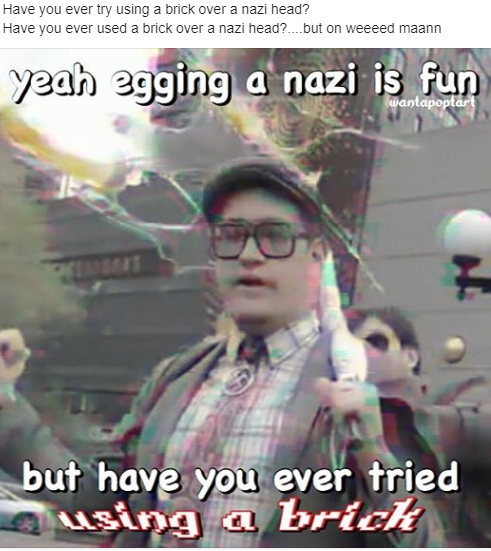 Facebook released a report from its audit June 30, with several new policies about violent content. In the report, Facebook stated that it had “updated its violence and incitement policies to prohibit posts from people who intend to bring weapons anywhere to intimidate or harass others, or who encourage people to do the same.” In its old policy, Facebook wrote, “While we understand that people commonly express disdain or disagreement by threatening or calling for violence in non-serious ways, we remove language that incites or facilitates serious violence. We remove content, disable accounts, and work with law enforcement when we believe there is a genuine risk of physical harm or direct threats to public safety.”

In addition, “Statements of intent to commit violence; or Statements advocating violence” were also banned on Facebook.

Pages like Antifa United shared posts with headlines that read, “Neo-Nazis Get Their Asses Kicked During Reagan Youth Show at Garden Amp.” Rose City Antifa posted some praise of the event on June 29 where Ngo was beaten: “When the Alt Right hands us lemons, we make delicious milkshakes! The J29 demo was an amazing success which is really very upsetting for the dwindling crew of fascists who come to our city in hopes of bullying vulnerable people.” 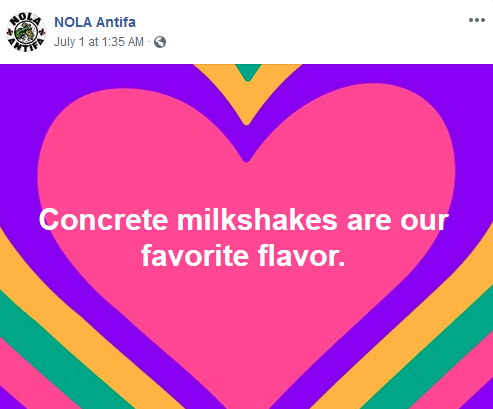 Antifa groups span the English-speaking countries. Australia, Canada, the U.K., and the United States all have several antifa/antifascist pages on Facebook.

While there are a few fake Antifa pages on Facebook made by trolls or law enforcement, the actual pages warn against these frequently. A comprehensive list of fake Antifa pages was created by Antifa Checker. Checker warns of the fake “honeypot” pages that are meant to troll activists or collect their information.

Some of the active Antifa pages encourage rioters to carry and use guns. RedneckRevolt pushes for activists to carry guns on their protests. That specifically violates this new policy: “The company also updated its violence and incitement policies to prohibit posts from people who intend to bring weapons anywhere to intimidate or harass others, or who encourage people to do the same.” 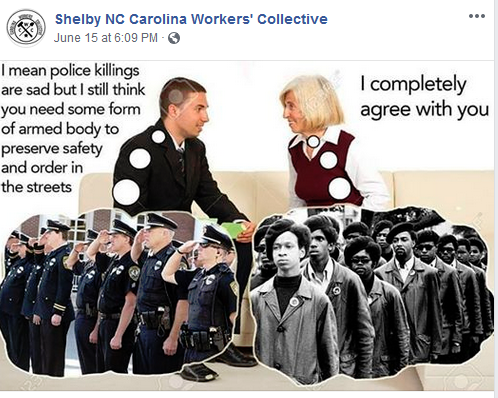 These pages also deal in memes that appear to incite violence. One page, the Shelby NC Carolina Workers’ Collective, shows a meme of a cartoon character dressed as Antifa kicking a character wearing a MAGA hat. Another meme on the page seems to encourage replacing the police force with the Black Panthers instead.

The same page also quoted hip-hop group The Coup, saying “We got the guillotine you better run.” The Collective was suspended for this same content on Twitter, but not on Facebook.

The Hoosier Anti-Racist Movement, or HARM, posted a meme calling for a “Trans Day of Vengeance.” The meme came with an image of a hand pointing a knife.

The page Orange County Anti-Fascism Anti-Capitalism Revolutionary Front is telling its followers to use bricks to fight off “Nazis” instead of eggs.

These are all calls for violence on a broad network of pages that results in damage and injuries to those who disagree with this mass movement.