CNN is ready to push Big Tech into banning President Donald Trump -- as a “dangerous” person.

Facebook and Instagram banned six individuals and all links to conspiracy website InfoWars as “dangerous” last week. Trump retweeted tweets from one of those banned, Paul Joseph Watson. He also retweeted an Infowars video that showed minorities who were also Trump supporters. 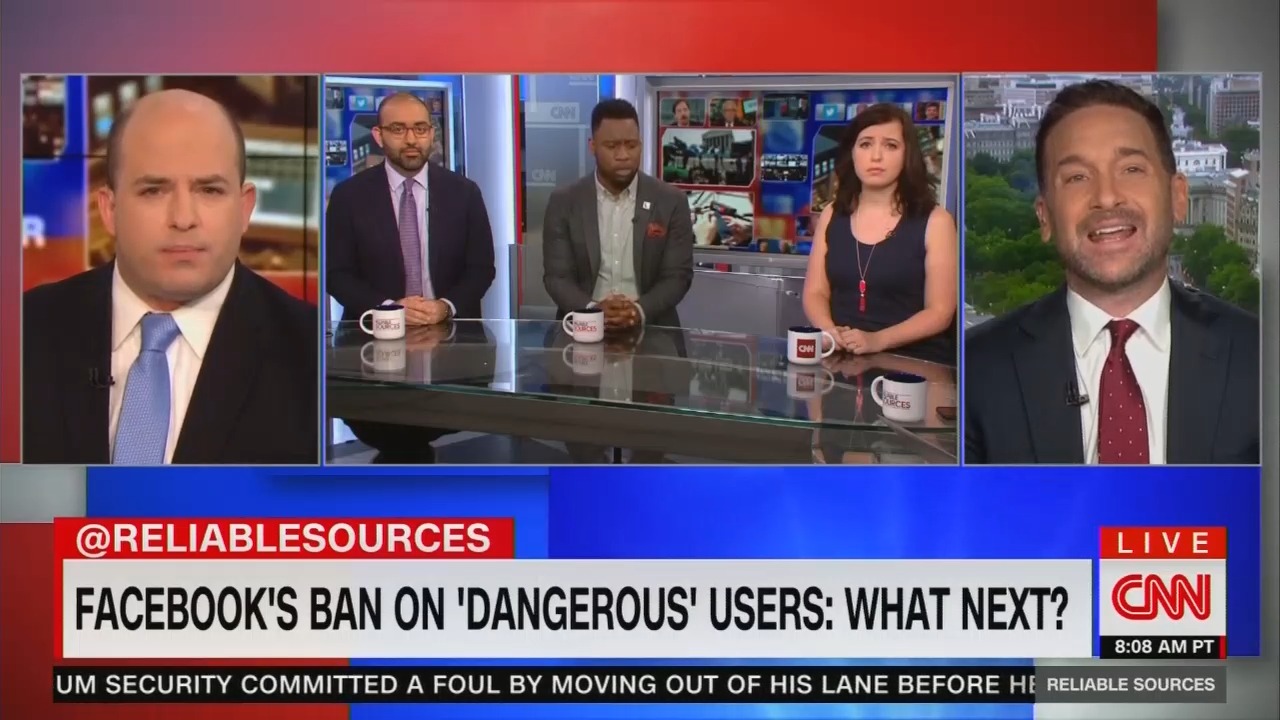 Stelter elaborated in his email newsletter. He wrote, “Trump legitimizing InfoWars is dangerous.” Stelter then quoted Darcy, who said, “Sometimes, we tend to dismiss Trump's Twitter activity as not mattering much. But it does. Think about this: The President of the United States worked in the last couple of days to legitimize and promote Infowars, while simultaneously working to delegitimize credible news organizations. This weekend's tweets from the president were not only morally repugnant, they were dangerous…”

Facebook emphasized the word “dangerous” when it banned Minister Louis Farrakhan, Watson, Laura Loomer, and Milo Yiannopoulos CNN is actively trying to get President Trump categorized under the same label.

On Reliable Sources, Stelter also referred to the President’s actions as “troubling stuff.” He believed that Trump was “clearly trying to tap into conservative concerns about right-wing censorship.” But then Stelter had to ask: “How real are those concerns, though?”

Darcy, podcast host Kmele Foster, and New York Magazine writer Irin Carmon all debated with Stelter over free speech. Stelter said that “Perhaps the internet is to the 1st Amendment what the AK-47 is to the 2nd Amendment.” He theorized that the Bill of Rights did not foresee such freedom of expression when it was written.

Stelter’s guest, founder of ThinkProgress Judd Legum, said that Trump was worried that if those six individuals could be banned, then he could be banned. Legum argued, “[Trump’s] campaign, the 2020 campaign . . . is instituting exactly what they did in 2016, which is a whole series of ads that are misleading. And so, if they go after InfoWars for misleading content, if they go after Milo or any of these folks, he’s going to be next.”

Foster argued that “It’s far more dangerous to engage in censorship.” His reasoning was that the speech that needed the most protection was the speech at the margins. Carmon shot down this idea saying, “I think actually we’ve had an experiment in a kind of free market of ideas and it has failed. The capitalist model of ‘there will be a clash of ideas and everyone will be able to figure out which ones are good or not,’ that’s what got us comet pizza.”

To which Stelter agreed, saying “I think so.”