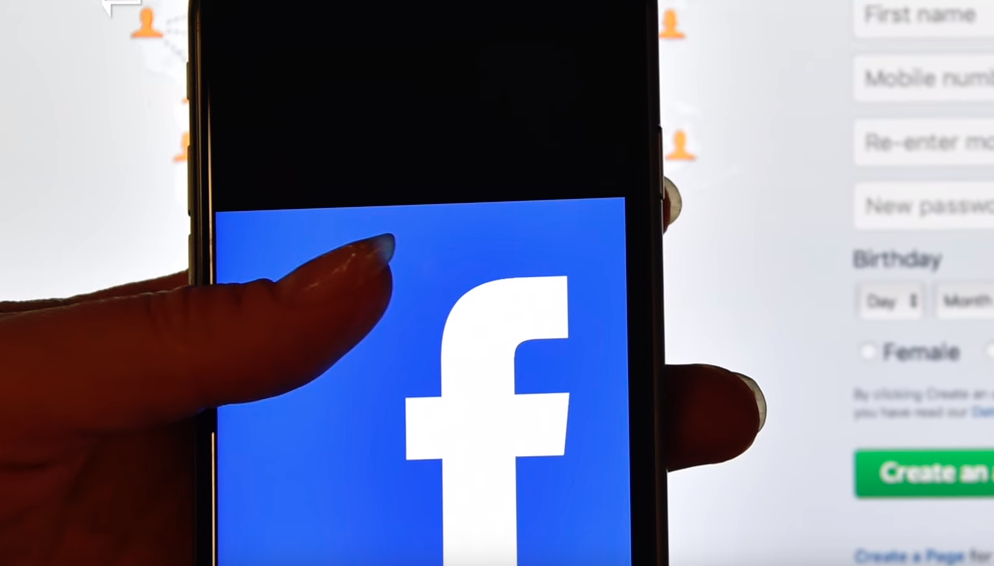 Facebook is subtly trying to discredit conservative media as “conspiracy theories” and it’s using Wikipedia to do it.

The company’s latest policy update, “Expanding Our Fact-Checking Program,” included new details on how the platform planned to combat “misinformation.” In a blog post published April 25, Product Manager Antonia Woodford described the new policy as expanding the “context button” and adding “if a Page has a history of sharing misinformation,” using the Wikipedia article as its source.

That doesn’t work out well for pages that don’t lean left. For Fox News, Breitbart, the Daily Caller, and the Daily Wire, this means their pages are framed with negative Wikipedia articles referring to them as “harmful” and “intentionally misleading.” Similar liberal news sites feature no criticisms in their write-ups.

Any article from Fox News links to a Wikipedia blog that criticizes the news outlet as “practicing biased reporting in favor of the Republican Party, the George W. Bush and Donald Trump administrations and conservative causes while slandering the Democratic Party and spreading harmful propaganda intended to negatively affect its members' electoral performances.”

The Daily Caller’s articles are linked to a Wikipedia page which has a long litany of the Caller’s sins, including “climate change denial,” “misleading videos about NPR,” and “ties to white supremacists.” The Wikipedia article also cites the now-disgraced Southern Poverty Law Center (SPLC), who said the Caller had a “white nationalist problem.”

Ben Shapiro’s site, The Daily Wire, was described in its Wikipedia article as “having a tendency to share stories that are take out of context or not verified.” The Wire was also slammed for publishing articles that “doubted climate change.”

On any article from Breitbart, the small “i” or “information” button in the right lower corner leads to a pop-up page that has a mix of information and venom from Wikipedia. The Wikipedia excerpt states that Breitbart has published “a number of lies, conspiracy theories, and intentionally misleading stories.” The article also cites the content as having been “called misogynistic, xenophobic, and racist by liberals and many traditional conservatives alike.” Breitbart reported on this popup in 2018, which has since been changed to hint that conservatives and liberals alike don’t trust Breitbart. 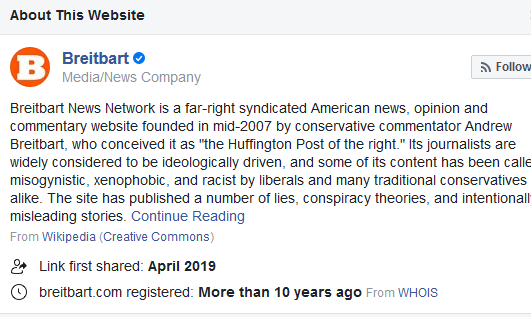 Far left sites get no such criticism from either Facebook or Wikipedia. Splinter, a news outlet owned by Univision that doxxed Trump’s senior policy advisor Stephen Miller, has no mentions of its affiliations or its mistakes. Buzzfeed, which recently came under fire for publishing false news about the Mueller report, had minor criticisms of the site buried in the Wikipedia article. No mention of the site’s latest news blunders made the Wikipedia article.

The essay stated, “Many[4] colleges and universities (especially in some high schools and private schools) have a policy that prohibits students from using Wikipedia as their source for doing research papers, essays, or anything equivalent. This is because Wikipedia can be edited by anyone at any moment. Although when an error is recognized, it is usually fixed. However, because Wikipedia cannot monitor thousands of edits made everyday, some of those edits could contain vandalism or could be simply wrong and left unnoticed for days, weeks, months, or even years.[“

Wikipedia has supplied information to Google Knowledge Panels calling the California GOP a party of “nazism.” Vandals also switched President Trump’s photo out for one of a vulgar image. In 2007, a hacker edited President George Bush’s page to include that he was a “terrorist” and a “truly stupid motherfucker.”