Google’s CEO came to the House Judiciary Committee hearing on Dec.11, but was unwilling to play 21 questions. 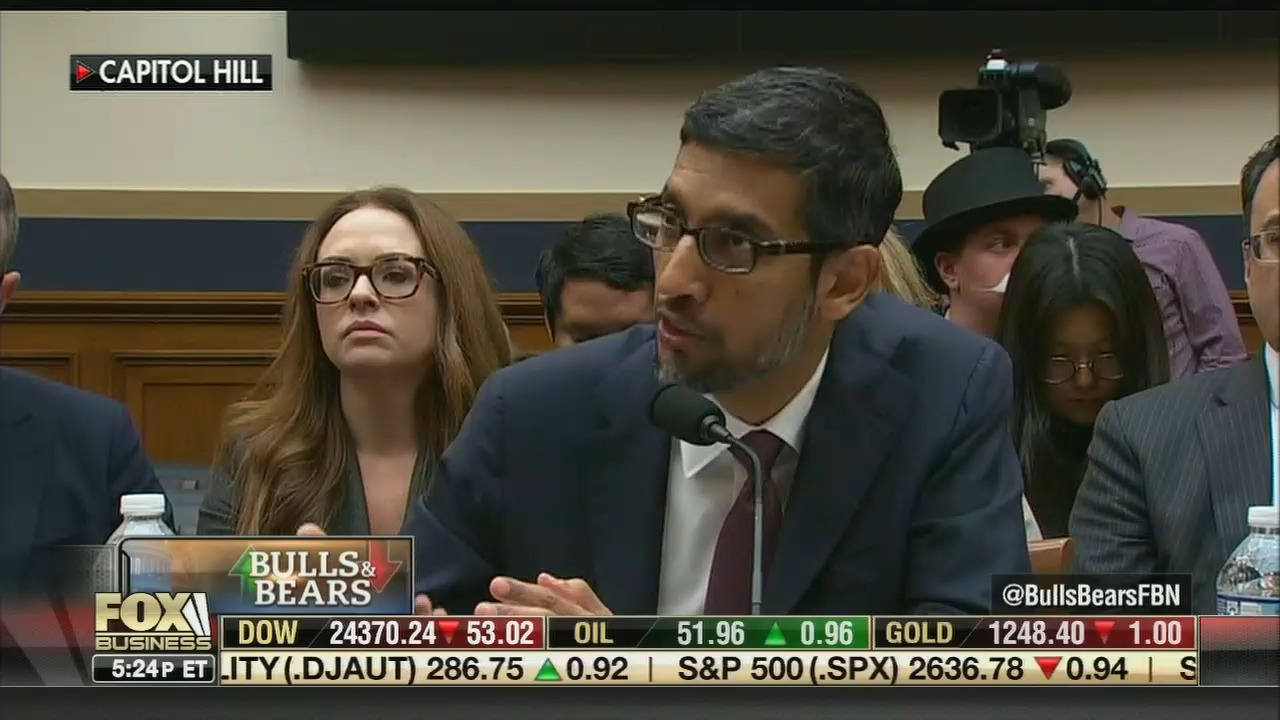 In the Dec. 11, hearing, Pichai disregarded reports claiming, “Right now there are no plans for us to launch a search product in China.” When pressed further, Pichai refused to confirm or deny any plans to work with China. He circumvented at least 21 queries, including avoiding a question that Google might create a “tool of surveillance” for the Chinese government.

Rep. Kevin McCarthy, (R-CA), opened the hearing reminding Pichai that in 2010 Google pulled out of the Chinese market. McCarthy then said that there was a “troubling possibility that Google is being used to strengthen China’s system of surveillance, repression and control.” Other Congressmen also tried to get answers about the purported Chinese censored search engine.

Despite media claims from The Guardian over “partisan theatrics,” concern over Chinese censorship was bipartisan.

Rep. Sheila Jackson Lee, (R-TX), asked Pichai whether or not Google was “going back into China.” Pichai replied that there were “no plans” currently, but did not deny any other plans to work with China.

“We are always compelled across the world to try hard to provide information,” he added.

Rep. Tom Marino, (R-PA), asked Pichai four different times about Google’s relationship with China.  Three of those times, Pichai said there was no current plan for a search engine in the Communist country and claimed if they did “... approach a decision like that, I will be fully transparent.” He also said any conversation about a Chinese project was internal to Google only and did not involve the Chinese.

Another Democrat, Rep. David Cicilline of Rhode Island, asked five separate questions concerning Google and China. In his answers, Pichai admitted search teams were engaged in these internal discussions at Google about China, “but these are limited efforts.” Cicilline followed up by asking, would he create a “tool for surveillance” for China?

Again Pichai dodged and kept his answers vague: “We have a stated mission of providing users with information, so we always — we think it's in our duty to explore possibilities, to give users access to information. I have that commitment, but as I said earlier, on this we'll be very thoughtful and we will engage widely as we make progress.”

There were another six follow up questions from Republican Rep. Andy Biggs of Arizona, which Pichai answered with the same sort of circular verbiage. Although Pichai acknowledged that Google has manufacturers in China.

Pichai answered some of Pennsylvania Republican Rep. Keith Rothfus’s five questions with more information including an admission that more than a hundred people were working on Project Dragonfly. But he refused to directly answer if Google had created a prototype of the censored search engine.

From the time of its public revelation in August 2018, Project Dragonfly, the hidden project to build a censored search engine for the Chinese government, was met with protests from Google employees, scrutiny from Congress, and a letter from several non-profit organizations asking that the project be stopped.