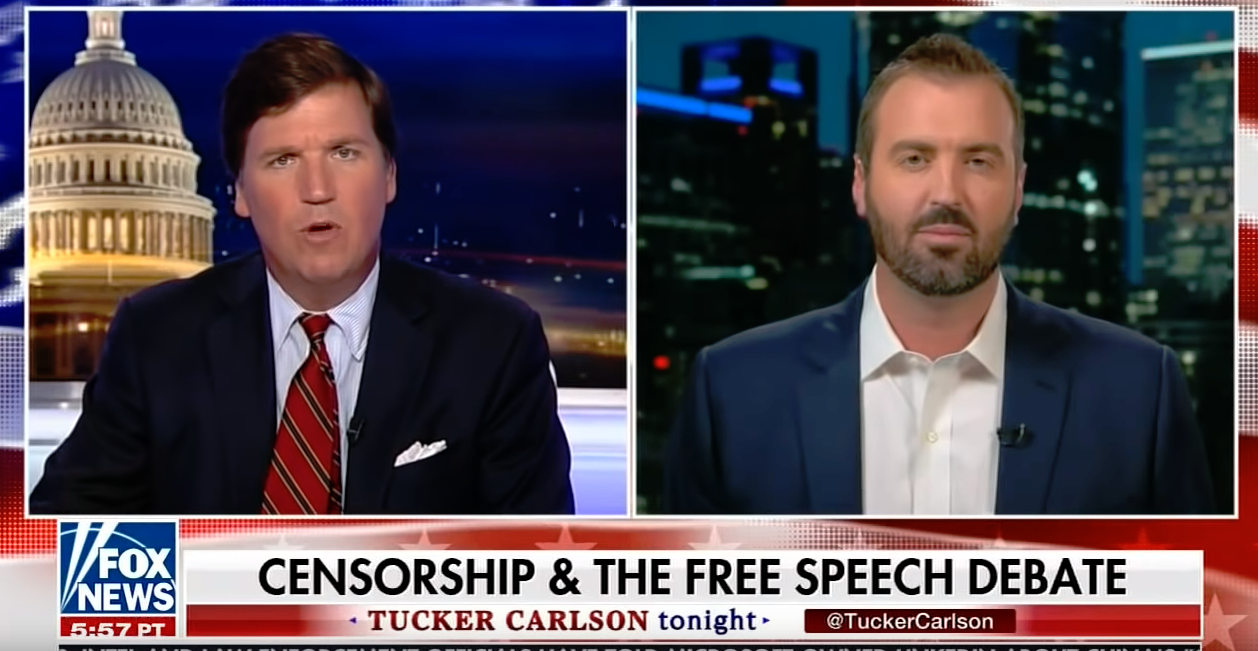 In an op-ed published on the Federalist, Kelly blasted Twitter.  “The American spirit of free speech has been replaced by people who want uncomfortable speech censored,” he wrote. The Daily Wire’s Ryan Saavedra tweeted that he spoke to Kelly and was told that “He had no idea what happened, he says he never received any messages from Twitter notifying him of any kind of violation of the platform’s terms of service.”

In August, however, Kelly wrote about the ban of conspiracy theorist Alex Jones, saying, “Next, they’re coming for you.” It turns out he was right.

Loomer was booted off the platform on Wednesday for accusing Muslim Rep. Omar of being anti-Jewish, supporting Sharia law, and being pro-female genital mutilation. She was told that by doing so, she had “promoted violence against, threatened, or harassed other people on the basis of race, ethnicity, national origin, sexual orientation, gender, gender identity, religious affiliation, age, disability, or serious disease.” Almost immediately after her Twitter ban, Loomer was given a 30-day Facebook suspension. At one point, Twitter promoted an ad for female genital mutilation, so it appears that criticizing it might be worthy of a violation.

Loomer stated in a video that she planned to sue Twitter for removing her completely from the platform. Earlier this year, Twitter had also removed her verified status.

Instapundit, an account run by law professor Glenn Reynolds, was deactivated in protest. In post on his blog, Reynolds wrote, “TWITTER’S GONE CRAZY BANNING PEOPLE ON THE RIGHT, so I’ve deactivated my Twitter account.” In an updated post, he wrote that Twitter is “the crystal meth of social media...That it’s also being run by crappy SJW types who break their promises, to users, shareholders, and the government, of free speech is just the final reason.”

He gave one final zing, “At least I’m giving my reasons,  which is more than they’ve done usually.”

Meanwhile, Twitter allows the very anti-semitic Rev. Louis Farrakhan to flourish on Twitter, even though the Anti-Defamation League has pleaded for the platform to take him down. Antifa groups run rampant on the platform, doxxing and threatening violence to those who run afoul of their ways. In a congressional hearing earlier this year, CEO Jack Dorsey completely denied any bias behind Twitter, but these actions speak louder than his denial: there is definitely a specific ideology running the show behind Twitter.