On National Voter Registration Day, several top social media/search media firms — including Google, Facebook, Twitter, and Snapchat — urged users to register to vote. They provided users with links to an organization called TurboVote Challenge, a supposedly nonpartisan coalition from Turbovote, part of Democracy Works, “championing civic engagement in the U.S.” Only the group gives several indications that it has a liberal agenda. 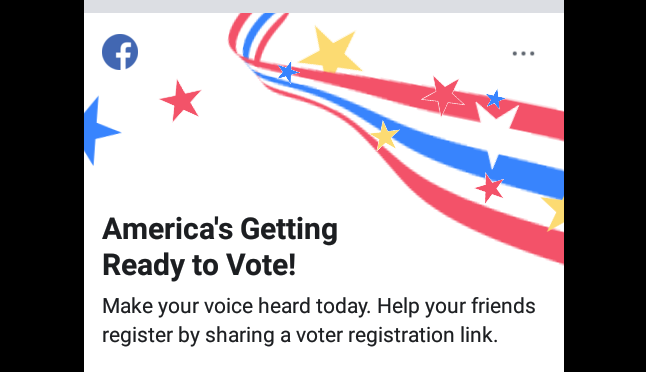 After the leaked emails that implied that Google execs were trying to influence the 2016 election, the search engine company should probably think twice before being on the executive board of TurboVote. In an exclusive statement to the Media Research Center, Google claimed that TurboVote was a “nonpartisan corporate initiative to support voter participation.” However, the company failed to address why the majority of the corporate partners were decidedly left-leaning.

When asked for comment, TurboVote declined to respond to the Media Research Center’s inquiries.

A Facebook representative told the Media Research Center that “past and present TurboVote partners include the National Association of Manufacturers, the National Restaurant Association, My Faith Votes, and the National African American Gun Association.” But the current coalition only includes My Faith Votes. The one conservative  organization is vastly outnumbered against the 19 liberal partners.

And somehow, users are supposed to believe that this coalition is a nonpartisan strategy for votes? Given Google’s past, this seems unlikely.