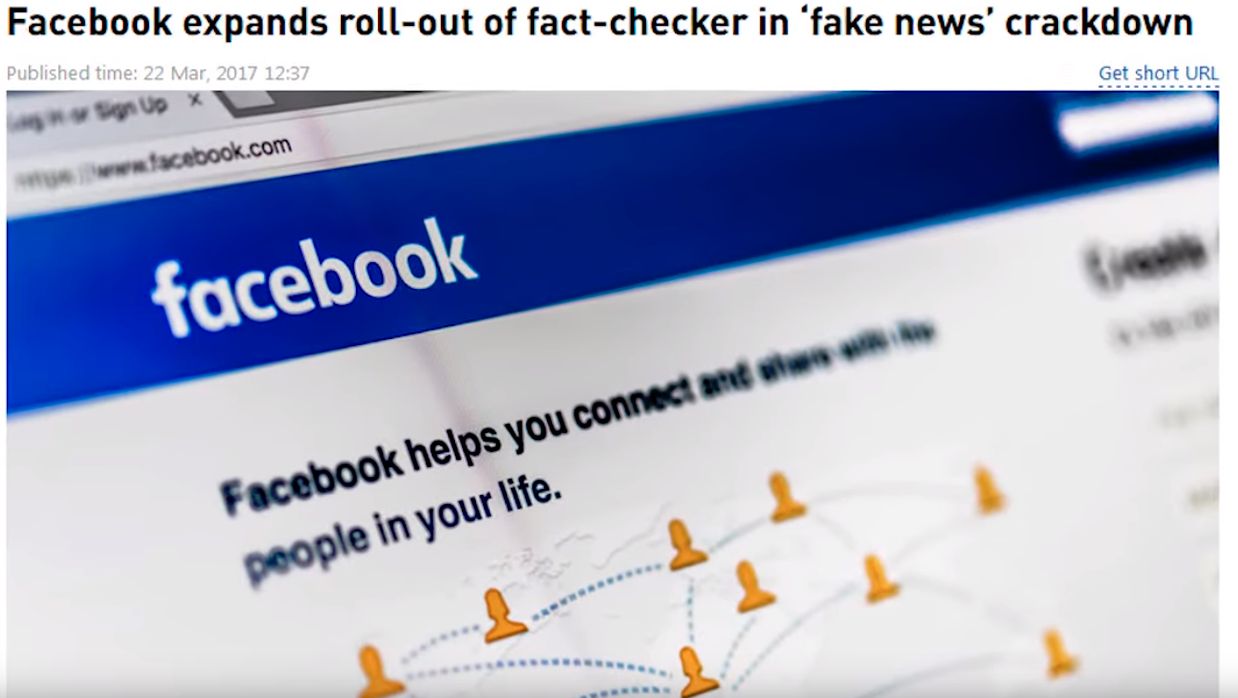 The media don’t  care about online censorship -- unless it happens to them.

Mark Joseph Stern at Slate took the same position and wrote that “Facebook has empowered a conservative magazine to suppress liberal viewpoints.” Stern argued that while the other chosen fact checkers used by Facebook are “widely-trusted and nonpartisan,” The Weekly Standard has a “conservative ideological bent.” However, the other sites, particularly Politifact, also have an ideological bent … just one that ThinkProgress would agree with. These sites treat statements from Democrats with kid gloves, while giving conservative statements confusing rulings.

CNN’s senior media correspondent Brian Stelter wrote in his “Reliable Sources” newsletter, “Facebook allowing media organizations with ideological bents to fact check other media organizations with ideological bents seems like it could be a recipe for disaster.” It is! But not only is he three months late with his criticism, he also gave a pass to the other four sites -- Associated Press, Politifact, Snopes, and FactCheck.org -- used to fact-check by Facebook are nonpartisan.

The charming spin over at liberal site Wonkette was full of teeth-gnashing rage filled up to the headline “Facebook is Letting Rightwing Shitrags ‘Fact-Check’ Liberal Sites.” The site also (humorously) complained that because of Facebook’s new algorithms, “pretty much zero readers see us on Facebook. So send us money!”

Where was this outrage when Facebook’s fact-checking policy was put into place in June 2018? Only conservatives found issues with having sites with opposite ideologies fact check their content. The Facebook fact-checker was so outrageous that it labelled a piece from the Christian satire site the Babylon Bee as “fake news.”