The Meta CEO Mark Zuckerberg-backed Summit Learning platform suggested to educators that they listen in on parents’ “online conversations.”

Summit Learning further provided advice on “warning signs” that parents were organizing a “campaign” against a school or school board, a reaction to recent movements to hold schools accountable for inappropriate or woke content in the classroom. 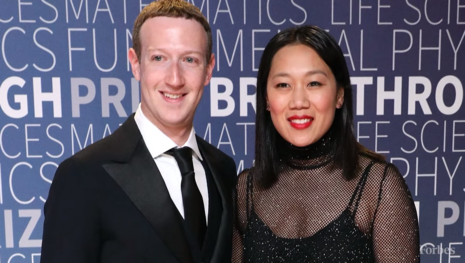 Hundreds of schools across America use Summit Learning, which was developed in part by Facebook engineers, Fox reported. The engineers continued to work with the digital learning platform until Zuckerberg and his wife Priscilla Chan’s organization in 2017 entered into the partnership.

Parents have pushed back against implementing Summit Learning in school districts due to data security concerns, Fox reported.

Fox wrote that the National Education Policy Center at University of Colorado Boulder School of Education said Summit’s school contracts pose “a potentially significant risk to student privacy” and expose students to potential “exploitation of those data by the Chan Zuckerberg Initiative and possibly by unknown third parties—for purposes that have nothing to do with improving the quality of those students’ educations.”

Summit Learning told Fox News Digital they “don’t use student personal information for anything other than educational purposes.” The platform did tell Fox that it uses “de-identified information” sometimes.

“You can stay up to date by establishing Google alerts that an email notification when keywords (such as ‘Summit Learning’ + your school name) appear on a website,” Fox quoted the Summit privacy policy as saying. “Regular monitoring of your school’s social media accounts for comments and questions about Summit Learning is also critical.”

Summit Learning also reportedly recommended that educators “watch for” journalists requesting interviews with concerned parents on social media. Summit further suggested that schools make “allies” of parents, encouraging them to speak out positively about the schools, supposedly to balance criticism.