The U.S. Supreme Court ruled to overturn Roe v. Wade in a historic win for the unborn. It wasn’t long before leftist tech journalists, companies and publications took to Twitter to go completely apoplectic.

SCOTUS ruled against the Roe and Casey decisions in Dobbs v. Jackson Women’s Health Organization (2021), declaring that the Constitution “does not confer a right to abortion.” Leftist tech journalists from TechCrunch+ Editor-in-Chief Alex Wilhelm to Google Cloud head of editorial Quentin Hardy and outlets from Axios to Insider melted down on Twitter. Big Tech companies Meta and Yelp already weighed in their opposition to the Dobbs decision, and journalists followed suit.

Yelp was quick to express its support for killing unborn babies. Wall Street Journal U.S. News Editor Anthony DeRosa tweeted out Yelp CEO Jeremy Stoppelman urging  business leaders to “speak out against” the Court’s Dobbs decision. “‘This ruling puts women’s health in jeopardy, denies them their human rights, and threatens to dismantle the progress we’ve made toward gender equality in the workplaces since Roe,’” The Journal reportedly quoted Stoppelman as saying. “‘Business leaders must step up to support the health and safety of their employees by speaking out against the wave of abortion bans that will be triggered as a result of this decision, and call on Congress to codify Roe into law.’” 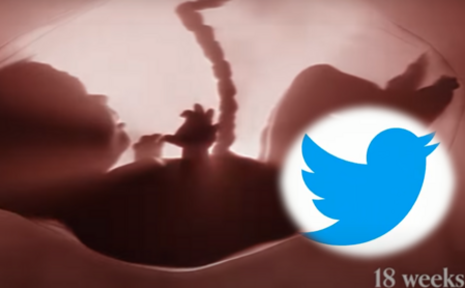 Variety Digital Editor Todd Spangler tweeted a comment from a Meta (Facebook) spokesperson reassuring employees that it would finance expenses for employees traveling to get abortions. “‘We intend to offer travel expense reimbursements, to the extent permitted by law, for employees who will need them to access out-of-state health care and reproductive services,’” the Meta spokesperson reportedly stated. Tech company Indeed also tweeted that it would pay for travel expenses for “medical procedures that are unavailable where [employees] live.”

Global Editor-in-chief of Insider Nicholas Carlson called out AT&T for supposedly not being woke enough on abortion: “AT&T has bankrolled politicians behind anti-abortion 'trigger laws' in 13 states. Other telecom and media giants aren't far behind.”

Goldsmith, whose Twitter bio says “I hunt fascists,” tried to claim that it was pro-lifers, not pro-abortion protestors, who were the problem. “Far-right influencers are pushing hard on the ‘Night of Rage’ conspiracy theory in order to justify violence against peaceful protestors rallying against the #Dobbs decision,” Goldsmith tweeted. “Top tweets right now come from the likes of neo-nazi grifter Jack Posobiec.”

Axios tweeted out a map to help those looking to kill unborn babies by way of abortion. “The states where abortion access is protected without Roe v. Wade.” The tweeted map had pro-abortion states marked in various shades of blue.

The Dobbs decision simply recognized that abortion is not a right under the Constitution and referred the decision to the states. The Dobbs v. Jackson Women’s Health Organization decision stated, “Held: The Constitution does not confer a right to abortion; Roe and Casey are overruled; and the authority to regulate abortion is returned to the people and their elected representatives.”