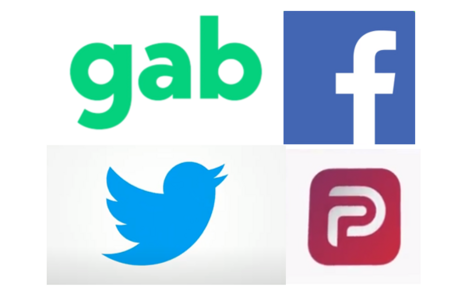 “We found a natural breaking point between platforms that intentionally cater to an open audience without prejudice to political or social viewpoints—essentially, platforms that are identity-agnostic—and those that knowingly cater to or define themselves as catering to individuals with specific political or social viewpoints,” RAND’s report said. The report noted that RAND defined “identity-agnostic” platforms as “mainstream,” and threw Facebook and Twitter into this bucket.

It’s ironic because both of these platforms allow multiple dictators to post content, while they banned former President Donald Trump.

RAND scored “identity-agnostic” platforms 32 points or higher, and dumped platforms with 31 points or lower into the “fringe or niche” categories. The report noted that even a 1-point difference, “on a practical level,” could represent “dramatically different” discourse and users. Facebook and Twitter scored 37 and 36 for reliability overall, while RAND gave Parler and Gab 28 and 27 points, respectively.

RAND claimed “fringe platforms” host a mix of mainstream and extreme content that could be “coded or obscured” to disguise a violent or racist “underpinning.”

Gab and Parler are in the “fringe” camp, according to RAND, while GETTR and TruthSocial didn’t make the list.

“Determining a breaking point between fringe and niche platforms was more difficult because platforms in both categories—and certainly specific subforums within the fringe category—host very offensive content,” the report said. Considering that the American Nazi Party was classified as a “niche” platform, RAND seemingly said it’s difficult to distinguish everyday content on Gab and Parler from actual Nazi propaganda.

Put simply, the DoD paid for RAND to determine that independent social media platforms are little better than Nazism.