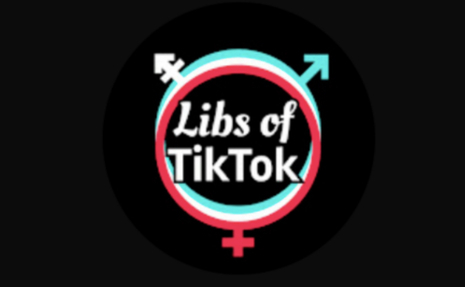 The screenshots, which Libs of TikTok said were provided by an anonymous Twitter employee, apparently show a discussion bashing Libs of TikTok and discussing whether the platform could ban the account.

“I mean we successfully deplatformed Trump - I don’t think deplatforming Libs of TikTok is going to cause a mass exodus,” one employee argued. Another person bashed Twitter for not banning the account, saying the platform is so low that “the devil himself is having to squat to get to their level.” Sad that the Twitter employee assumed the devil’s pronouns …

On June 14, Libs of TikTok tweeted, “Update: After the events of the past 2 days I’ve decided to move to a safer location until things calm down.”

Libs of TikTok’s supposedly horrific, offending tweet simply highlighted an already advertised Drag Queen Story Hour for preschoolers, yet someone said the account was “going to get somebody killed.”

Aside from calling honest recounting of woke nonsense “genocidal violence,” Twitter allowed seven dictators to continue posting on the platform, including Russian President Vladimir Putin and Iranian Supreme Leader Ayatollah Khamenei. Putin is overseeing the invasion of Ukraine and Khamenei has called for violence and made anti-Semitic posts on his Twitter account for years.

Libs of TikTok is not the only account that recently drew the ire of woke Twitter employees.

Twitter locked conservative podcast host Allie Beth Stuckey out of her account after she criticized Fox News for celebrating a small child who “transitioned” genders, according to Stuckey, whose account has since been unlocked by Twitter.

Twitter has targeted Libs of TikTok multiple times before, as MRC’s CensorTrack database shows. In April, after tweeting, “Apparently a female not wanting to change in front of a male is transphobic,” Libs of TikTok received back-to-back Twitter suspensions. Washington Post columnist Taylor Lorenz, who was recently slammed for misreporting facts in a leftist smear piece, harassed and attempted to dox Libs of TikTok.