Twitter seems all for dragging kids into perversion. Just ask Libs of TikTok.  Twitter locked the popular Libs of TikTok after the account condemned drag shows for children. 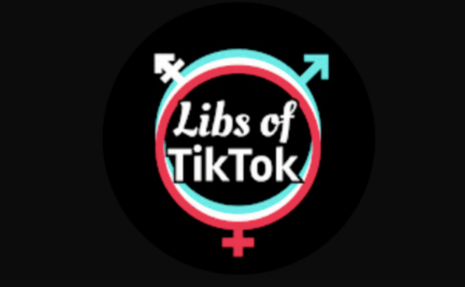 “The fact that these events are allowed to happen but we’re not allowed to report on it tells you everything you need to know about the purpose of drag shows and their desire for censorship,” Libs of TikTok told MRC Free Speech America.

Recent news revealed drag queens performing for young kids. Libs of TikTok, which has over 1 million followers, tweeted, “~MEGA DRAG THREAD ~ They say it's innocent,” according to a purported screenshot. “They say it's just about inclusion and acceptance. They say no one is trying to confuse, corrupt, or sexualize kids. They lie.” Twitter then locked the account, accusing Libs of TikTok of “[v]iolating our rules against abuse and harassment.”

CEO of The Babylon Bee Seth Dillon, whose satire outlet was targeted by Twitter for calling transgender U.S. Assistant Secretary for Health Rachel Levine a “man,” slammed the censorship while sharing a purported screenshot of Twitter’s censorship of Libs of TikTok. "Twitter just locked out @libsoftiktok for posting a thread about several recent drag shows for kids,” Dillon tweeted. “The thread allegedly violates Twitter's rules against 'abuse and harassment.' You know what's actually abusive? Drag shows for kids.”

Twitter has targeted Libs of TikTok multiple times before, as MRC’s CensorTrack database reveals. In April, after tweeting, “Apparently a female not wanting to change in front of a male is transphobic,” Libs of TikTok received back-to-back Twitter suspensions. The platform imposed the second suspension for supposed “abuse and harassment.” Shortly afterward, Libs of TikTok stated, “The Left has been targeting and mass reporting my account. Twitter, of course, keeps caving to the mob.”

Lorenz asserted that Libs of TikTok is “fueling the right’s outrage machine.” Libs of TikTok tweeted that Lorenz “harassed” other users, trying to contact the owner of the Libs of TikTok page. Lorenz doxxed the account’s real owner as well. Libs of TikTok asked Lorenz in a tweet: “Which of my relatives did you enjoy harassing the most at their homes yesterday?”

Libs of TikTok was reportedly banned from running Twitter ads in May, despite the account seemingly meeting the necessary criteria for participating in the Twitter Ads program, per Twitter Ads Help Center. Instagram then suspended and reinstated Libs of TikTok, with the Meta-owned platform claiming it made a “mistake.”

Conservatives are under attack. Contact Twitter at 415-222-9670 and demand that Big Tech be held to account to mirror the First Amendment and provide an equal footing for conservatives. If you have been censored, contact us at the Media Research Center contact form, and help us hold Big Tech accountable.