An advisor for the Biden administration’s Ministry of Truth once suggested that discouraging differences in opinion at the government level was a bad thing. Irony abounds!

Disinformation Governance Board (DGB) advisor Michael Chertoff signed a letter in 2016 criticizing then-presidential candidate Donald Trump for apparently discouraging “conflicting views.” Signers of the letter said regarding a potential Trump presidency: “In our experience, a President must be willing to listen to his advisors and department heads; must encourage consideration of conflicting views; and must acknowledge errors and learn from them.” 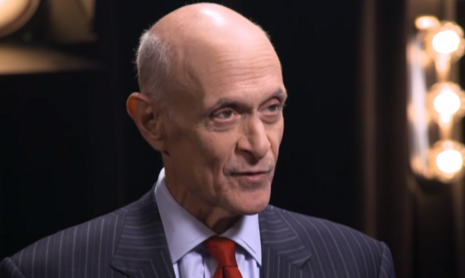 Chertoff’s current positions are ironic in light of that letter he signed opposing Trump’s bid for the presidency. The letter argued, among other things, that Trump did not encourage free speech enough.

More than 20 foreign policy and national security experts who served under Republican administrations, including Chertoff, signed the August 2016 letter. One sentence slammed Trump for supposedly lacking “basic knowledge about and belief in the U.S. Constitution, U.S. laws, and U.S. institutions,” including “freedom of the press.”

Chertoff suddenly seems less concerned about a free press now that he’s advising a censorship board.

The Biden administration recently appointed former Homeland Security Secretary Michael Chertoff to advise the Orwellian DGB, which has paused but not disbanded. Leftist globalist billionaires George Soros and Bill Gates donated large sums to the Aspen Institute, where Chertoff holds a position as Aspen Cybersecurity Group Ex-Officio Member. Chertoff, while working for the George W. Bush administration, was co-author of the Patriot Act, arguably a harsh crackdown on civil liberties.

Chertoff is not the only DGB pick who raised red flags. MRC Business found that DGB co-chair Jennifer Daskal has at least three connections to Soros. She served as an Open Society Institute fellow “working on issues related to privacy and law enforcement access to data across borders,” according to her professional bio for American University, where she worked as a law professor. Daskal also was senior counterterrorism counsel for the anti-Semitic Human Rights Watch, which received at least $32,106,746 from Soros between 2000 and 2014. Daskal was also founding editor of the Just Security blog, which received $675,000 from Open Society Foundations between 2017 and 2019.