A clear majority of American voters are more concerned about government crackdowns on free speech than so-called “disinformation,” a national survey reportedly found. 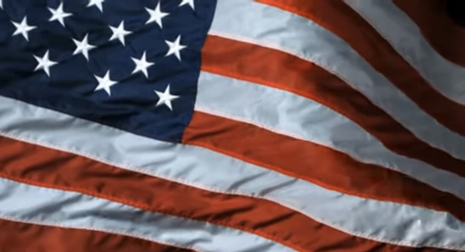 Fifty-nine percent of U.S. voters are more worried about the government being able to decide what news and what information is allowed, according to a new Scott Rasmussen national survey via The National Desk. This is significant in light of the Department of Homeland Security’s (DHS) recently established Disinformation Governance Board (DGB), which was nicknamed the “Ministry of Truth,” in reference to George Orwell’s dystopian novel 1984. Forty-eight percent of survey respondents said they thought the censorship board “will be used mainly to silence opposing viewpoints,” reported The National Desk.

The survey as seen on TND asked which of two issues concerned each voter more: “Government choosing what’s allowed” or “Disinformation and fake news.” A majority of voters were more concerned about government interference with speech, while 28 percent were “more worried about disinformation and fake news,” according to The National Desk. Thirteen percent were not sure.

Free-speech advocates have slammed the DGB. Former President Donald Trump critiqued those trying to downplay the censorship board’s power, saying, “That’s where it all began. I guess that’s what they used to say in Russia. That’s what they said in the Soviet Union, right? ‘We’re just going to do a little bit’ — uh, no, we can’t do that,” Trump insisted. “We can’t do that. That’s a horrible thing.”

Federal Communications Commission commissioner Brendan Carr appeared on Fox News and bashed the DGB. “This is Orwellian; it’s un-American; it’s unconstitutional,” Carr said. “The very best time to shut this down was before the DHS ever announced it, the second best time is right now.”

The Americans for Prosperity (AFP) Foundation filed a Freedom of Information Act (FOIA) request to get clarity on what exactly will be the function of the DGB. AFP said that it’s one thing for a private organization to “fact-check,” but “[i]t’s something entirely different for an enormous powerful government agency to broadly step into the game, asserting that it will go beyond merely engaging in counter-speech and step forward to ‘safeguard’ the country.”