Americans for Prosperity Files FOIA to Expose Biden’s Disinfo Board 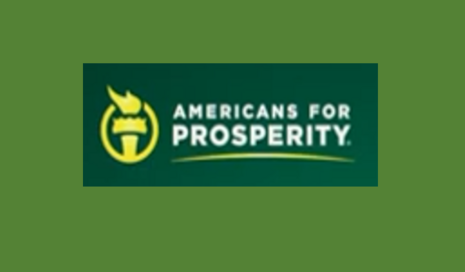 The Americans for Prosperity Foundation is fighting to expose the secrecy behind President Joe Biden’s Orwellian Disinformation Governance Board.

The Department of Homeland Security’s (DHS) recently announced Disinformation Governance Board (DGB) has been nicknamed the “Ministry of Truth” for the threat it poses to free speech. One of the concerns with the board is the severe lack of clarity surrounding its goals, authority, members, funding sources and more. So the Americans for Prosperity (AFP) Foundation filed a Freedom of Information Act (FOIA) request with the DHS to get answers to these vital questions, as explained in an AFP press release.

The Disinformation Governance Board is a new escalation in the censorship arena. AFP noted that it’s one thing for a private entity to “fact-check,” but “[i]t’s something entirely different for an enormous powerful government agency to broadly step into the game, asserting that it will go beyond merely engaging in counter-speech and step forward to ‘safeguard’ the country.”

AFP quoted the DHS disinformation definition as “false information that is deliberately spread with the intent to deceive or mislead.” This, AFP noted, is very vague and broad. So who will even determine what is “false information,” and what will the standard be? AFP asked other important questions too, including how much control the DGB will have both over the DHS and over non-governmental organizations? AFP also questioned, “Why did they pick the director, and who really has operational control of the board?”

AFP also questioned:  “Does DHS even have the authority to do this, and have they considered whether it’s a lawful (or good!) idea? They haven’t said.” The DHS has not even explained exactly what the censorship board will be doing.

Multiple members or advisors of the newly formed “Ministry of Truth” have themselves pushed disinformation in the past. Self-proclaimed “Mary Poppins of disinformation” and current DGB executive director Nina Jankowicz is on record pushing blatant misinformation about former President Donald Trump allegedly colluding with Russia. Furthermore, MRC Business and MRC Free Speech America exclusively revealed that a co-leader of the board, Jennifer Daskal, has multiple ties to leftist billionaire George Soros. President Joe Biden and his White House have also urged or worked with Big Tech companies to increase censorship on more than one occasion.