To block or not to block—Twitter has already answered that question. Twitter’s “Safety Mode” “autoblock” feature prevented users not only from commenting on a politician’s tweets, but even from seeing those tweets—specifically, for the @TeamPelosi account. 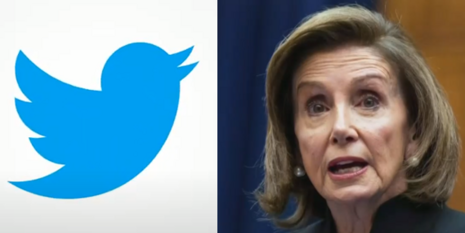 There’s nothing like protecting elites at the expense of the people.

When reached for comment, Twitter told MRC Free Speech America that it allowed the @TeamPelosi account to access “Safety Mode in error.”  “We want to keep in mind the potential effect of limiting counter-speech which is why we've initially excluded official political organizations, elected officials and political candidates from the Safety Mode beta,” a Twitter spokesperson stated in an email.

Twitter announced in September that it would begin beta testing "Safety Mode" features. These features would include "autoblock." An autoblock allows Twitter to decide which other users an account might want to block. An autoblock is imposed for “potentially abusive or spammy” behavior and lasts for seven days, during which the autoblocked individual cannot “interact with [the protected user], see their Tweets, follow them, or send them Direct Messages.”

In its statement to MRC Free Speech America, it further clarified that it has “initially excluded” elected officials. Twitter also claimed in a blog that “Safety Mode” specifically relied on a feedback group nominated by trusted partners that “prioritiz[ed] people from marginalized communities and female journalists.”

Yet multiple unverified accounts tweeted purported screenshots of being autoblocked from accessing the Los Angeles Times account and the accounts of wealthy leftists like actress Bette Midler and comedian Kathy Griffin.

An unverified account purporting to be insulin price activist Laura Marston said that Twitter autoblocked her for “potentially abusive and spammy” interactions with @TeamPelosi. She said she was autoblocked after she criticized a Democrat-backed health care bill in a tweet.

Twitter ironically advised autoblocked users to remember the protected user’s “feelings.” Does that mean Twitter ranks the “feelings” of some higher than the feelings of others?

This is not the first time Twitter has protected Pelosi at the expense of ordinary users. In December, Twitter suspended @NancytTracker, a popular account that formerly tracked Pelosi's stock trades before it got shut down.