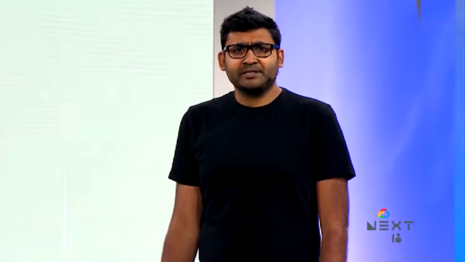 The new CEO of Twitter, Parag Agrawal, is a man of his word. He has declared that Twitter is "not to be bound by the First Amendment," and he began to immediately act upon this belief as soon as he recently took up the reigns of the social media giant. One result of acting upon his anti-free speech credo was to use the censorship powers vested in him to protect the rich and powerful elite.

Two immediate examples of the Big Brother ethos at Twitter were the bans on accounts revealing stock portfolio public information for Nancy Pelosi and her husband as well as updates on the Ghislaine Maxwell trial as reported by The Blaze:

Twitter has suspended @NancytTracker, a popular account that tracked Speaker of the House Nancy Pelosi's stock trades and reported on the wealth Pelosi and her husband have accrued through trading. The social media platform also suspended @TrackerTrial, an account that posted updates on the Ghislaine Maxwell trial and was, according to the account's owner, the largest account on Twitter that specifically tracked the trial at the time.

Although those accounts have been banned, CCP hack Shen Shiwei is allowed to Tweet that missing Chinese tennis star Peng Shuai is now happy, happy, happy.

So representatives of the Chinese Communist regime are free to post lies and fables while accounts posting actual publicly available information are to be banned from Twitter. A very distorted set of ethos going on at Big Brother Twitter.