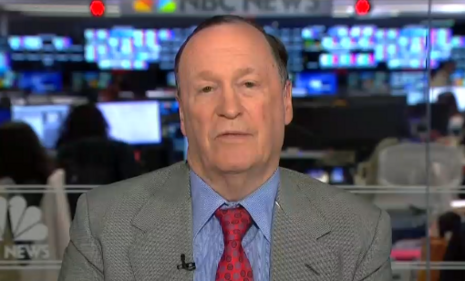 NewsGuard co-CEO Steven Brill claimed that NewsGuard’s goal is “not to block anything,” but “just [to] give people straight information.” However, in a recent interview, he revealed NewsGuard’s real game of demonetizing anything the “credibility” arbiter deems “misinformation.”

Brill went on the Daily Beast podcast The New Abnormal on March 8 to discuss NewsGuard and how the self-appointed online “credibility” arbiter works, especially how it restricts social media, with podcast host Molly Jong-Fast.

Other companies were happy to use NewsGuard, which MRC Free Speech America has demonstrated is heavily biased in favor of the left.

Brill declared: “Luckily, we have licensees including Microsoft, for example, including the largest ad agency holding companies, which use NewsGuard to help keep their advertisers off of misinformation, and to put their ads onto legitimate news sites that are in, uh, that are included in the massive inclusion list we have developed.”

He then summarized NewsGuard lists dividing supposedly “legitimate journalism” outlets from supposedly illegitimate media companies, so advertisers can choose what quality of news to affiliate with. “They can advertise there using our inclusion list, and can use our exclusion list to make sure they’re not on” sites that are presumably not “legitimate journalism,” he said. When leftist podcast host and Bulwark contributor Molly Jong-Fast suggested that NewsGuard could “stop fake news” on Facebook, Brill agreed, bragging, “You could do it in a minute.”

Brill said that Facebook executives originally endorsed NewsGuard as a tool that it could use instead of algorithms to regulate content, and helped the company fundraise. “One of the senior executives there even helped us raise money by encouraging investors,” Brill said. NewsGuard does not work like social media, Brill insisted, because it is “transparent.”

He and Jong-Fast agreed that Facebook is a publisher, but stopped short of calling for Section 230 reform. Brill claimed that he wants badly rated sites to change and achieve higher ratings. He said that 20 percent of the 7,500 sites NewsGuard has rated have “improve[d] their score.”

Yet an MRC Free Speech America study found that NewsGuard’s average ratings for sites that AllSides deemed “left” or “lean left” were significantly higher than ratings for “right” or “lean right” outlets. This indicates that Brill’s pretense of objectivity is bunk.