If Apple succeeds with its latest project, an Apple a day may not keep the doctor away. The tech giant is reportedly developing iPhone technology to help diagnose depression, autism and cognitive decline through the collection of detailed personal data. What could go wrong?

Apple is determining whether its tech can use detailed collected data to warn users of mental health risk and recommend care, The Wall Street Journal wrote. Apple reportedly partnered with the University of California, Los Angeles and pharmaceutical company Biogen Inc. on the research. The Journal said researchers aim to make algorithms based on users’ “mobility, physical activity, sleep patterns, typing behavior and more.” 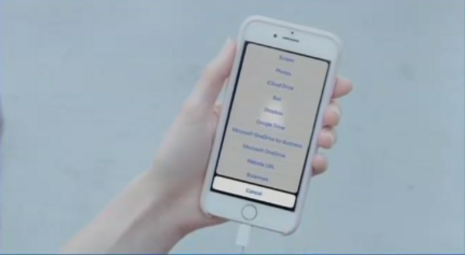 The Journal noted that Apple is moving beyond smartwatch to iPhone features to assess mental health. Apple’s partner UCLA researchers will reportedly track iPhone data from video, audio and keyboard. The data that may be used reportedly “includes analysis of participants’ facial expressions, how they speak, the pace and frequency of their walks, sleep patterns, and heart and respiration rates.”

Apple is also partnered with Duke University to “create an algorithm to detect childhood autism, including to use the iPhone’s camera to observe how young children focus,” The Journal reported.

Apple has spent years trying to be more involved in the field of health and medicine. The tech giant tried “to figure out how the flood of health and wellness data collected from users of its smartwatch, first released in 2015, might be used to improve healthcare,” according to The Journal. Apple CEO Tim Cook reportedly told CNBC in 2019 that Apple’s “greatest contribution” to mankind “will be about health.”

But Big Tech has done plenty to invade Americans’ personal privacy before now. Students reportedly sued Google for using its G Suite for Education platform to collect data, including biometric data, “without the knowledge or consent of those children’s parents,” reported the Tech Times. Facebook lost a 2019 lawsuit, whereby a federal appeals court ruled the company “illegally collected and stored biometric data for millions of users without their consent,” summarized Reuters. Amazon’s wearable Halo tech was revealed in 2020 to track users’ emotional states through “tone” of voice. The Netherlands fined TikTok €750,000 in July, saying TikTok had violated Dutch children’s privacy, reported Deccan Herald.

Apple has been here before too. The tech giant announced plans in August to “stop child abuse” by searching private photos on users’ devices. Apple and Google both announced plans to develop digital COVID-19 vaccination passports, according to NBC.

Conservatives are under attack. Contact your representatives and demand Apple provide transparency: Companies must be held accountable, while giving weight to privacy concerns. If you have been censored, contact us using CensorTrack’s contact form, and help us hold Big Tech accountable.