YouTube reportedly suspended Sen. Rand Paul (R-KY) for calling out a prior case of the platform’s censorship. Paul discussed masking and the federal government’s COVID-19 response with Newsmax in a previous video that YouTube reportedly removed. The senator created another video protesting the platform’s censorship but was reportedly suspended for seven days after uploading it. And in another case of digital overreach, Google demonetized a Daily Mail column from former talk show host Piers Morgan that simply criticized Olympic gymnast Simone Biles for abandoning her team at the Tokyo Olympic Games. Morgan is known for holding liberal opinions on issues but has remained an advocate for free speech.

Big Tech corporations are extending their reach and are no longer simply targeting conservatives. They are censoring anyone who breaks from their far-left woke narratives. Here are the five most egregious examples of Big Tech censorship in August: 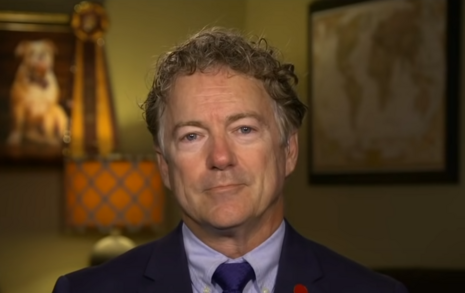 YouTube appeared to remove a video from Sen. Rand Paul (R-KY) that protested the platform’s censorship and then reportedly suspended his account for seven days. His video was a response to a previous video that YouTube also removed. “Apparently, because I dared to contradict Dr. Fauci and the government, YouTube removed my video,” Paul said in the response video that got him suspended.

Paul created the video in response to YouTube’s reported removal of an interview he had with Newsmax where he discussed masking and National Institute of Allergy and Infectious Diseases Director Dr. Anthony Fauci’s handling of the COVID-19 pandemic. The senator criticized YouTube’s censorship in his response video as “very dangerous.” He later called the incident a “badge of honor” in a tweet and said that the platform not only removed the second video but also suspended his channel for seven days.

In his response to YouTube removing the first video, Paul explained why the platform censored the Newsmax interview: “YouTube said the video violated their policy because of my comments on masks and that they don't allow videos that contradict the government's guidance on COVID.” He was likely referring to the platform’s “COVID-19 medical misinformation policy,” which forbids content that “contradicts local health authorities’ or the World Health Organization’s (WHO) medical information about COVID-19.”

Google admittedly demonetized a Daily Mail column from former talk show host Piers Morgan that merely criticized Olympic gymnast Simone Biles for abandoning her team at the Tokyo Olympic Games. In another column for the Daily Mail, Morgan said Google demonetized the original column critical of Biles only eight hours after it was published. “This meant they banned all adverts from appearing alongside it, so the Mail would receive zero revenue from the column appearing on Google,” Morgan wrote.

In a response to MRC Free Speech America, Google admitted to demonetizing Morgan’s column but not because of the content Morgan wrote. “Our systems detected racist content in the comments under a recent MailOnline article from Piers Morgan so we blocked ads from showing against the article in accordance with our policies. The article remains on MailOnline, but advertisers using our ad tech will not see their ads running alongside it while those comments remain,” a Google spokesperson said in a statement.

Google accused readers of leaving comments under Morgan’s column that it considered racist activity. The company appeared to explain in a 2017 blog that it does not support comments on websites that are contrary to its views on social issues: “These negative, rude, or abusive comments take away from the article and ultimately harm your brand. Comments that violate Google policies can also cause your site to no longer be eligible to show Google ads.” Google seemingly demonetized the column simply because readers were allowed to leave comments.

Fox News reported that Twitter “permanently suspended” former New York Times journalist and author Alex Berenson for his alleged “repeated violations of [the platform’s] COVID-19 misinformation rules.” In “the tweet that did it,” as Berenson described it, he claimed that the controversial COVID-19 vaccines should not be thought of as vaccines but rather as “therapeutic[s].”

Berenson posted a purported picture of the tweet in his online Substack newsletter, Unreported Truths: “[The COVID-19 vaccine] doesn’t stop infection or transmission.” He added, “[d]on’t think of it as a vaccine. Think of it - at best - as a therapeutic with a limited window of efficacy and terrible side effect profile that must be dosed IN ADVANCE OF ILLNESS. And we want to mandate it?” Twitter has temporarily restricted Berenson’s account on multiple occasions in the past for his outspoken criticism of how public officials have handled the COVID-19 pandemic. However, Twitter appeared to use his last tweet as an excuse to permanently ban him from the platform.

The former Times journalist suggested that he is considering filing a lawsuit against Twitter. “I am still considering my legal options, including what lawyer or firm to hire,” he said. “A potential suit is complex and would cover - at a minimum - First Amendment issues, contract law, and drug/vaccine law.” Fox News host Tucker Carlson even encouraged Berenson to “sue the crap out of these totalitarians.”

Twitter reportedly restricted the account of former President Donald Trump’s chief spokeswoman Liz Harrington temporarily in August. The account has been used to share messages from former President Donald Trump after the platform banned him in January. Twitter reportedly restricted the account because it appeared to contain “some unusual activity.” Users were asked if they “still want[ed] to view it” before seeing her tweets.

The Harrington account has shared Trump’s comments regarding the integrity of the 2020 presidential election, and the account has also tweeted statements directly released by the former president. Twitter appears to no longer be restricting her account, but the platform has a notorious record of banning conservatives, with Trump being the most notable case.

Twitter banned Trump after he called for peace following the Capitol riot in January. In a tweet, Twitter Safety appeared to falsely accuse Trump of inciting violence: “After close review of recent Tweets from the @realDonaldTrump account and the context around them we have permanently suspended the account due to the risk of further incitement of violence.” The platform has not allowed him back on since.

Twitter reportedly suspended the press secretary of Florida Governor Ron DeSantis (R) for 12 hours after the Associated Press (AP) appeared to call for her termination in a letter to the governor. His press secretary, Christina Pushaw, reportedly disagreed with a story from the AP and called for her followers to “‘drag them’” in response to the story.

The New York Post reported that Pushaw disagreed with a “story from Associated Press reporter Brendan Farrington, about a multimillion dollar DeSantis donor who also invested in a company producing Regeneron, a drug used to treat COVID patients.” Pushaw reportedly called for her followers to hold AP responsible for its biased reporting by stating, “‘Light. Them. Up.’”

The AP reportedly responded by seemingly exposing its own left-wing bias and called on DeSantis to eliminate the type of “attack strategy” Pushaw used for the governor's office: “We call on you to eliminate this attack strategy from your press office, and assure the people of Florida that there is no place for it in their state government.” Twitter then reportedly followed suit and suspended Pushaw from the platform for 12 hours. The AP appeared to go beyond what any self-respecting news organization would consider unbiased integrity and specifically targeted an employee of a sitting governor.