Media Research Center President Brent Bozell joined with The Heartland Institute to warn of the threat that Big Tech poses to the United States. 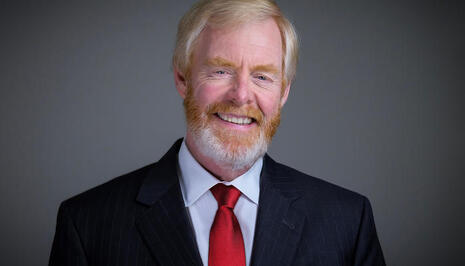 Bozell set the tone of how dangerous Big Tech’s unparalleled power has become for America during a joint Zoom event March 22 “This issue of censorship, social media censorship, I think is not just existential to a cause of liberty,” he said. “I think it is existential to the United States of America … You can’t have a functioning democracy if you can’t have freedom of speech. And what you were saying is that the future of speech, not just in America but in the world, is through social media.”

The Heartland Institute President James Taylor continued the conversation and argued that the Communications Decency Act of 1996 has not given Big Tech the authority to control what people can say or hear. “[Content considered dangerous] must be sexually obscene or excessively violent,” Taylor said. “Otherwise, you do not have the authority, you don’t have blanket authority to play god in terms of what you do or don’t allow on the internet.”

Bozell built on Big Tech’s attempt to “play god” over the last decade and mentioned how the Silicon Valley corporations have influenced national elections. “You can argue, and we will argue that big media and social media together stole the 2020 elections,” Bozell added. “Now I don’t mean stealing it in the way that perhaps [former President Donald Trump] brought it up. I mean it from the standpoint of withholding information from the American people.”

He cited a previous MRC report that 36 percent of Biden voters were not aware of the evidence linking Joe Biden to corrupt financial dealings with China through his son Hunter. Thirteen percent of these voters (or 4.6 percent of Biden’s total vote) say that had they known these facts, they would not have voted for him. “Take those numbers, and Donald Trump would have won in a landslide election against Joe Biden,” Bozell said. “That’s how important that censorship of information was.”