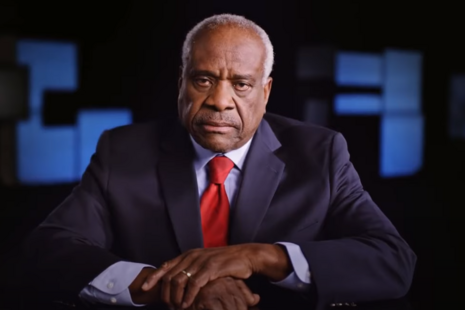 So much for the phrase “justice for all.” Amazon reportedly removed a documentary on U.S. Supreme Court Justice Clarence Thomas from its Prime Video service in February — Black History Month.

The platform added the documentary to its service in October 2020 but suddenly removed it, according to The Wall Street Journal. Amazon continued to provide documentaries on its platform from more liberal figures despite having removed “Created Equal: Clarence Thomas in His Own Words” from its subscription service.

Amazon continued to show documentaries featuring former Justice Ruth Bader Ginsburg, failed Georgia gubernatorial candidate Stacey Abrams and Anita Hill, who accused Justice Thomas of sexual harassment. The Journal reported that the director of Thomas’s documentary Michael Pack was never notified of its removal. “Our distributor, who’s the one who made the deal with Amazon, has repeatedly asked them for explanations but they haven’t given any,” Pack reportedly said.

The Amazon store does not even have the DVD available. The DVD of the documentary on Amazon, as of the publishing of this blog, read, “Currently Unavailable” to buy. Amazon, owned by billionaire leftist and owner of The Washington Post Jeff Bezos, appeared to only be interested in using Black History Month to push a leftist agenda, rather than celebrate the accomplishments of all African Americans. However, this should come as no surprise.

Amazon’s censorship of the right has come under fire recently. President of the Ethics and Public Policy Center Ryan T. Anderson discovered that Amazon removed his book, When Harry Became Sally: Responding to the Transgender Moment, from its store last month also without any notice. Amazon Web Services banned the free speech site Parler from using its servers in January.

Amazon-owned streaming platform Twitch banned former President Donald Trump in January and then tried to change everyday language to push a “Womxn’s History Month” for March. (Yes, “Womxn” is not a typo. It’s a term used in “intersectional feminism, as an alternative spelling to avoid the suggestion of sexism perceived in the sequences m-a-n and m-e-n, and to be inclusive of trans and nonbinary women,” according to dictionary.com.)