Reclaim The Net reported that several Facebook and Instagram users tweeted about a common problem they were facing Monday and Tuesday. The “Meta” platforms had either removed posts or temporarily blocked accounts that had uploaded a picture and quote of American revolutionary Thomas Paine. 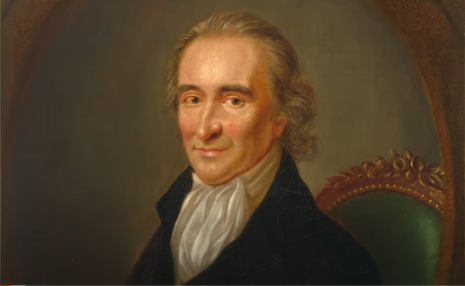 “He who dares not offend cannot be honest,” read the quote, published in the Pennsylvania Journal in April 1776.

Paine wrote the pamphlet Common Sense and pamphlet series An American Crisis, both of which historians have widely credited as highly influential in shaping the American Revolution.

Ironically (or perhaps not), the social media giants Facebook and Instagram continue to fuel the novel American censorship crisis by censoring one of the free-speech pioneers of this republic. Paine strongly refuted the divine right of kings and advanced the notion that God supported American commoners against a repressive monarchy.

Facebook apparently told several posters on the platform that their messages were moved for violating the platform’s “guidelines on vaccines health misinfo,” according to screenshots posted in the story. Apparently, American tyrants are becoming so paranoid about controlling the vaccine narrative that even this country’s Founding Fathers aren’t immune from the current wave of oppression.

This isn’t the first time leftists have come against Founding Fathers.

A Federal Reserve memo surfaced in June that included “Founding Fathers” on a list of “offensive” words and phrases that employees should not use. In February, a writer on Stephen Colbert’s Late Show called the Founding Fathers “douche nozzles” in an unnecessary, pathetic attempt to distinguish the great abolitionist Harriett Tubman from them.

And in July 2020, CNN leftist commentator Angela Rye compared Thomas Jefferson with notorious accused pedophile R. Kelly, and said the faces on Mt. Rushmore should be torn down and replaced with faces she dictated.

Recently, Big Tech has been hyper-reactive in combating what it apparently perceives as COVID-19 misinformation.

And most sweepingly, Twitter earlier this month quietly announced that it would permanently ban users who post five pieces of content about COVID-19 that the company doesn’t like. The company said it is taking the measures to combat “misinformation.”