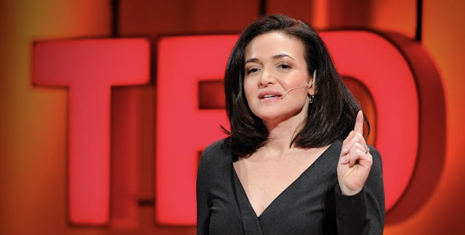 A new report alleged that Sheryl Sandberg, the COO of Meta, used her position to pressure a tabloid to drop an article about her then-boyfriend.

At the time, Sandberg dated Bobby Kotick, the CEO of Activision. Activision Blizzard is a video-game giant that has produced games like “Call of Duty,” “World of Warcraft,” “Guitar Hero,” and “Candy Crush.”’

The Wall Street Journal alleged that Sandberg contacted Britain’s Daily Mail to convince them not to publish an article that detailed a restraining order Kotick’s former girlfriend took out on him. Sandberg and Kotick reportedly leveraged the paper’s relationships with Facebook and Activision to keep the article from being published.

“In 2016 and 2019, Ms. Sandberg contacted the digital edition of the Daily Mail, which was reporting on a story that would have revealed the existence of a temporary restraining order against Mr. Kotick that had been obtained by a former girlfriend in 2014, according to people involved in the article and the campaigns to stop its publication,” the article read. Kotick denied this.

The report alleged that Sandberg worked with Facebook and Activism employees to convince the Daily Mail not to report on the restraining order:

“Working with a team that included Facebook and Activision employees as well as paid outside advisers, Ms. Sandberg and Mr. Kotick developed a strategy to persuade the Daily Mail not to report on the restraining order, first when they began dating in 2016 and again around the time they were breaking up in 2019, the people said. Among other concerns, Ms. Sandberg’s legal and public-relations advisers, both inside and outside Facebook, worried that a story would reflect negatively on her reputation as an advocate for women.”

The Journal said that Facebook reportedly investigated Sandberg’s actions to determine if she violated the company’s rules.

Newsbusters also reported that the company capitulated to “communist censorship” in 2019:

“Blizzard suspended and withheld prize money from Hong Kong-based competitive Hearthstone player Chung Ng-wai, better known as Blitzchung. He had been suspended for shouting a Hong Kong protest slogan, ‘Liberate Hong Kong, revolution of our times!’ during a post-game interview broadcast live from Taipei, Taiwan, Oct. 6 while clad in a respirator and goggles in solidarity with the protestors. Shortly thereafter, Blizzard employees staged a walkout in front of their headquarters as the #BoycottBlizzard hashtag went viral.”

“Blizzard shows it is willing to humiliate itself to please the Chinese Communist Party. No American company should censor calls for freedom to make a quick buck,” Oregon Senator Ron Wyden (D-OR) tweeted at the time.

Senator Marco Rubio (R-FL) agreed. “China using access to market as leverage to crush free speech globally. Implications of this will be felt long after everyone in U.S. politics today is gone.”