Throughout the day, Splinter has been promoting its story with Miller’s cell phone number on multiple social media sites, including Facebook and Twitter. In one particular tweet, Splinter reportedly posted Miller’s full phone number and instructed people to call him. According to Jon Eiseman, who runs social media for Gizmodo Media Group, Twitter punished Splinter for posting Miller's information by restricting some of the site’s features for 12 hours: 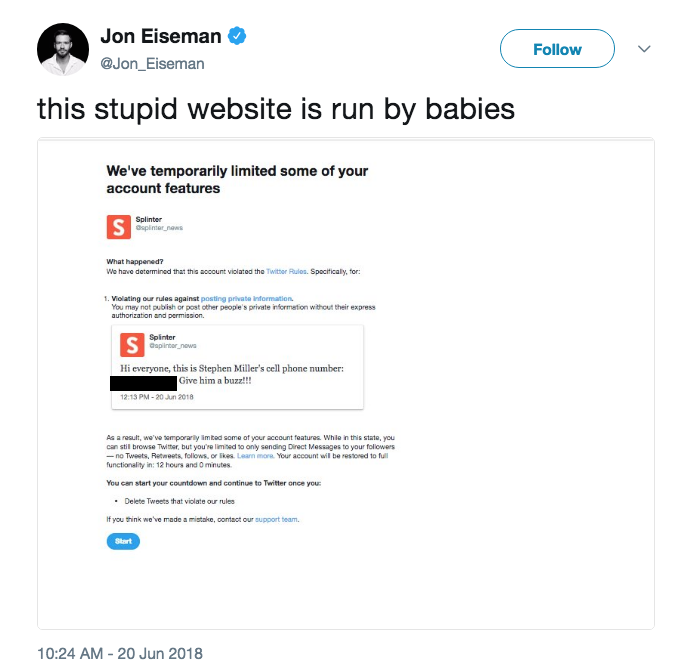 The tweet was retweeted by the editor-in-chief of Splinter, Aleksander Chan. On his page, he also asked who reported Splinter’s account and tweeted to Twitter CEO Jack Dorsey to find out “why are u trying to no-platform our website[?]” He also shared a claim that a Splinter writer was locked out of her account for posting information pertaining to Miller’s phone number.