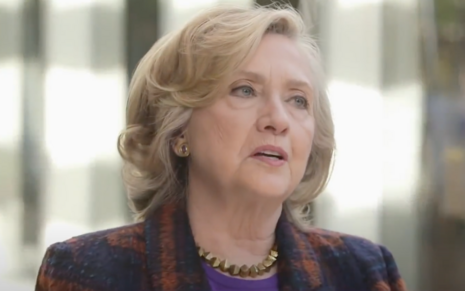 Hillary Clinton praised the Digital Services Act from Europe that would force Big Tech to censor even more.

If a career’s worth of horrible foreign policy weren’t enough, Clinton praised an E.U. policy proposal that may upend internet freedom as well. “For too long, tech platforms have amplified disinformation and extremism with no accountability. The EU is poised to do something about it,” former Secretary of State and failed presidential candidate Hillary Clinton wrote in a late April tweet. “I urge our transatlantic allies to push the Digital Services Act across the finish line and bolster global democracy before it's too late.”

The official European Commission website pitched the The Digital Services Act (DSA) as part of an initiative “[aiming] to create a safer digital space where the fundamental rights of users are protected and to establish a level playing field for businesses.” The European governmental website outlined concerns appearing to exchange freedom for security from criminal activity:

“A core concern is the trade and exchange of illegal goods, services and content online. Online services are also being misused by manipulative algorithmic systems to amplify the spread of disinformation, and for other harmful purposes. These new challenges and the way platforms address them have a significant impact on fundamental rights online.”

Comedian and columnist Tim Young responded by offering his take on Clinton’s statement: “Translated:  Restrict the First Amendment so that Democrats can control the narrative without challenge.”

Rapper and commentator Zuby commented on the “timing” of the tweet by quote-tweeting a post he coincidentally shared that same day: “Liberals these days be like, ‘Freedom is a threat to democracy’.” In the same thread he appeared to parody the liberal mindset of suppressings speech in order to protect so-called “democracy.” “Obviously, the best way to protect democracy is suppression of free speech, deplatforming political opponents, censoring all dissent, unnecessary mandates, infringement of human rights, coerced medical procedures, and the trampling of individual civil liberties,” he quipped.

Commentator Katherine Brodsky made a similarly brief response, asking: “How do you promote democracy through increasing censorship?”