Liberals once infamously told free speech advocates to build their own platforms if they dislike Big Tech censorship.

But unsurprisingly, the liberal New York Times is now suggesting that the pro-free speech platform Rumble will help conservatives get elected because liberal technocrats didn’t intervene. “There is a large audience to be had, and one that some who study far-right content online warn has been left unchecked to grow into a powerful political weapon for conservatives and supporters of Mr. Trump,” The New York Times warned in a March 28 article about the rise of the alternative video-sharing platform Rumble.

The Times gave due credit that “Rumble has already built out its own cloud service infrastructure and video streaming capacity, offering it and its partners greater independence from the Amazons and Microsofts of the internet — and the assurance that they can’t be shut down if one of those providers decides to pull the plug over objectionable content.” 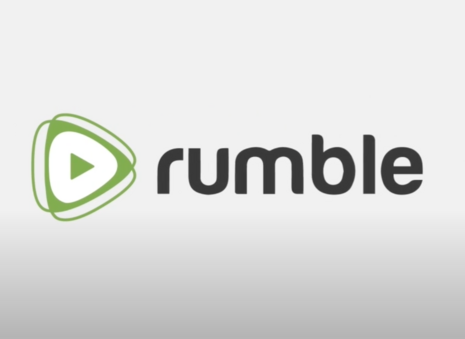 The article theorized that many Rumble users remember how Parler was taken offline after relying on Amazon servers rather than creating its own infrastructure. “Looming large in the minds of Rumble fans is the experience of the social media network Parler, which effectively shut down once Amazon said it would no longer host the site on its computing services after the Jan. 6 attacks last year,” wrote Times reporter Jeremy Peters.

Independent journalist and popular Rumble content creator Glenn Greenwald shared The Times article in a March 28 Twitter thread, noting that the growth of alternative speech platforms is forcing Big Tech and liberal politicians to hustle to keep up.

“That Rumble - with other free speech platforms: Substack & @GetCallin - are growing so fast is single-handedly destroying Big Tech censorship schemes,” Greenwald tweeted. He observed that liberal leaders are “whining that their work to force FB and Google to censor for them is being destroyed.”

Greenwald added in a following tweet that the growth of alternative tech platforms like Rumble provokes establishment forces to swing hard and attempt to stop the rise of competitors:

“Any time a new platform grows to compete with corporate media and, more so, that they cannot control and force to censor, of course media will malign them. Here, the NYT makes clear the real philosophy of Rumble: to trust citizens, not FB & Google, to decide what we hear.”

Conservatives are under attack. Contact your local representative and demand that Big Tech mirror the First Amendment while providing transparency, clarity on “hate speech” and equal footing for conservatives. If you have been censored, contact us using CensorTrack’s contact form, and help us hold Big Tech accountable.