YouTube censored the “Ukraine on Fire” (2016) documentary showing the purported history of U.S. involvement in Ukraine.

YouTube Policy Communications Manager Ivy Choi told MRC Free Speech America that “We removed this video for violating our violent or graphic content policy,” later adding that “Reuploads of this video containing the violative content will also be removed from YouTube.”  Mysteriously, that did not prevent the documentary from being available for the previous “10 months before the platform censored it,” according to the Washington Examiner.

Breitbart News described the film as “a 2016 documentary chronicling the events of Euromaidan, the uprising that overthrew Ukrainian president Viktor Yanukovych and installed a pro-EU, pro-NATO government.” The documentary includes footage and a leaked phone call featuring former Assistant Secretary of State for European and Eurasian affairs Victoria Nuland. Nuland is now Under Secretary for Political Affairs in the Biden administration. New York Times Investigative journalist Robert Parry described her allegedly leaked communications in the documentary as “apparently talking about a coup or how they were planning to restructure the government of Ukraine.” 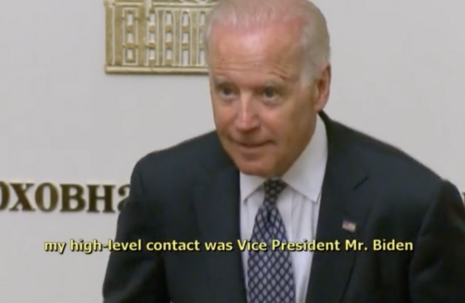 Ukraine on Fire Director Igor Lopatonok posted a purported screenshot on Twitter that showed YouTube had censored his documentary. In a separate tweet, he urged viewers to watch it on Vimeo instead: “#YouTube  #BigTech deleted #UkraineOnFire film from our production official channel, I'm asking everyone who like our film to download it from our Vimeo here and post it everywhere. As a copyright holder we[‘re] giving to you - The People th[e] rights.”

Alternative video streaming platform Rumble made a similar announcement, explaining: “BREAKING NEWS: YouTube removed @TheOliverStone's documentary, ‘Ukraine on Fire.’ We believe the public should decide what it sees, not Google execs. We're proud to announce the producers uploaded the film to Rumble, enabling anyone who wishes to view it.”

Conservatives are under attack. Contact YouTube at (650) 253-0000 and demand that it mirror the First Amendment on freedom of speech. If you have been censored, contact us at the Media Research Center contact form, and help us hold Big Tech accountable.