A court case may decide whether the former president can return to Twitter, but the case’s very premise faces scrutiny. Bloomberg News reported that Trump’s case to restore his Twitter account “sputters” in its court hearing. “Former President Donald Trump’s claim that Twitter Inc. was pressured by lawmakers to kick him off the social media platform was met with skepticism by a judge,” Bloomberg reported Feb 24. “U.S. District Judge James Donato questioned Trump’s argument that the company violated his free-speech rights by suspending his account at the behest of lawmakers.”

Bloomberg News reportedly quoted Donato at the hearing: “I read, reread and read again your complaint and I’m not seeing any coercive statements by state actors and that is the hook you are hanging your hat on.” 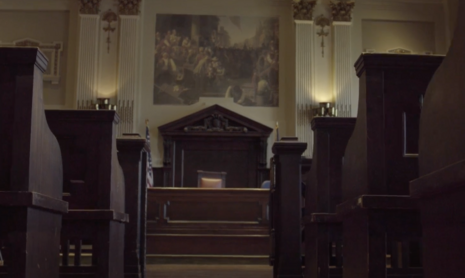 “Trump’s lawyer, Marie Fiala, argued that Twitter is a ‘state actor’ because certain lawmakers ‘demanded’ the company censor speech, specifically by Trump, or risk losing immunity from being sued over user-generated content that was granted to internet companies by a 1996 law.”

Fiala said she could amend and refile the complaint to add supporting facts on Trump’s free-speech claim, if given the chance, reported Bloomberg News.

Indeed, numerous government representatives within the Democratic Party demanded that Trump be censored on social media platforms amid the 2020 presidential election.

On CNN’s Oct. 15 Democratic Party presidential primary debate in 2019, then-Senator and now Vice President Kamala Harris (D-CA) called to ban President Donald Trump from Twitter, requesting Sen. Elizabeth Warren (D-MA) echo her request. “Join me in saying that his Twitter account should be shut down,” she said. Warren responded, “No.” The Biden campaign also demanded Trump to be censored on both Facebook and Twitter over his criticism of mail-in voting.

Rep. David Cicilline (D-RI), in November 2020, declared that Trump’s Twitter account was “posting lies and misinformation at a breathtaking clip,” and called Trump’s online presence a “threat to our democracy,” which “should be suspended until all the votes are counted.”

And Rep. Gerry Connolly (D-VA) made a similar demand: “Suspend his account, @Twitter. This is pure disinformation. Valid votes are being counted.”

Chairman of the House Energy and Commerce Committee Rep. Frank Pallone (D-NJ) also called for Trump’s removal, according to Reuters. “Enough is enough! Trump is inciting violence and spreading dangerous misinformation that is undermining our democracy and our way of life. Social media continues to amplify his anti-democratic rhetoric. It’s time for @jack and Mark Zuckerberg to remove Trump from their platforms,” Pallone said in a tweet.

Conservatives are under attack. Call Twitter at (415) 222-9670 to demand that Big Tech be held to account to mirror the First Amendment. If you have been censored, contact us at the Media Research Center contact form, and help us hold Big Tech accountable.