Gab founder/CEO Andrew Torba proclaimed the essential role of cryptocurrency in the struggle for free speech during his appearance on the Timcast IRL podcast.

Torba suggested “the best way” to create an alternative economy for free thinkers in the Jan. 20 episode of TimCast IRL “is by getting into things like Bitcoin, and that is why [the political establishment] are freaking out.” He explained that, “Bitcoin is free speech money. Bitcoin is the only reason that Gab still exists right now, because in 2019 when we got banned from everything – payment processors, PayPal, everything –  we were still able to accept Bitcoin.” He elaborated further that, “We didn't need permission from any bank, we didn't need permission from any corporation, or any government, to do that.” 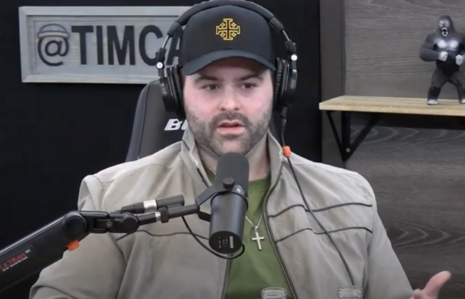 Podcast host Tim Pool echoed Torba’s assentiment, suggesting it is “the monetary version of a free speech network, it is people’s ability to bypass the establishment, their controls, their narratives.”

After acknowledging how authoritarian nations like China have tried to stop Bitcoin with force, Torba disregarded attempts by the Western media to discredit Bitcoin with bad press. “Every attempt to take down Bitcoin, every time there’s an article that comes out — ‘Bitcoin is Dead!’ ‘Oh it’s tanking now,’ ‘It’s dead this time’ — there’s actually a website that tracks this. There’s been like hundreds of times over the past thirteen years or whatever it is.”

Torba said the appeal of Bitcoin is that it terrifies the powers that be, because they cannot control it. “The reason that I trust Bitcoin so much is not only because it saved my own business, but also because no central authority controls it,” he noted. “When I see the establishment, both the left and the right, coming out and attacking it, that's when I know that it is the real deal.” He went on to speculate: “I believe that Bitcoin is the thing that is going to end these things like the central bankers, the Federal Reserve, all these things. I think it’s a matter of time.

Bitcoin’s nature as a capricious wildcard investment has made headlines in recent weeks.

“The cryptocurrency market, along with other riskier assets, is taking a big hit,” CNBC reported Jan. 21 in an article headlined “As bitcoin drops below $40,000, here’s what to know before investing in cryptocurrency: ‘You have to be comfortable with the swings.’” American and foreign authoritarian governments’ targeting of Bitcoin has also accelerated. “There’s concern over the potential for more cryptocurrency regulation in the U.S., as well as how the Federal Reserve potentially dialing back its monetary policy would impact the overall market,” CNBC reported. “Globally, other regulators are focusing on cryptocurrency markets as well.”