Presidents Day will have a powerful new association with liberation for many Americans in 2022. “Trump Media and Technology Group, former President Donald Trump’s new company, indicated Thursday it’s planning to launch a social media platform February 21, more than a year after Trump was banned from Facebook and Twitter,” Forbes reported Jan. 6. Truth Social is viewable in preview form on Apple’s online app store, including screenshots of a sleek interface very similar to Twitter, but touting inclusivity for all ideologies. Screenshots indicate a similar newsfeed structure and red check mark verification badges. 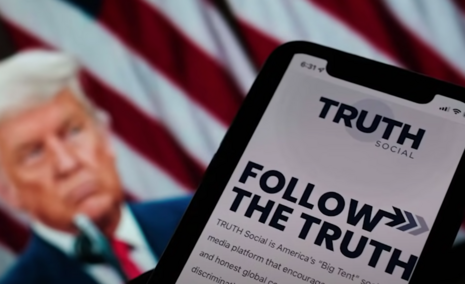 Far from being an exclusively conservative platform, Truth Social boasted of a “Big Tent” approach as a selling point and compared itself to the bipartisan public gathering both polarization and the pandemic have driven to near extinction:

“Think of a giant outdoor event tent at your best friend’s wedding. Who’s there? The combination of multiple families from all over the United States, and the world. Uncle Jim from Atlanta is a proud libertarian. Aunt Kellie from Texas is a staunch conservative. Your cousin John from California is a die-hard liberal. And guess what? They’re all together to have an amazing time and share their viewpoints of the world.”

Truth Social will compete with both establishment social media platforms like Twitter and Facebook and even alternative social media like GETTR and Parler. Posts will be referred to as TRUTHs and Re-TRUTHs, according to its ad in the Apple app store:

“Let your voice be heard. Sign up, join the conversation, and share your unique opinion by posting a TRUTH, Re-TRUTH, photo, news story, or video link to communicate with your friends, customers, and the world. Stay informed about breaking news while staying directly connected with the people who influence you – don’t be shocked if they take your TRUTH viral!”

Forbes also noted that Trump Media and Technology Group (TMTG) is launching a “‘non-woke’ subscription service offering news and entertainment content in the form of video and podcasts.” TMTG announced a partnership with video streaming platform Rumble last December in a press release: “As part of the partnership, Rumble will deliver video and streaming for TRUTH Social. TMTG and Rumble are also in exclusive negotiations for Rumble to provide infrastructure and video delivery services for TMTG's Subscription Video On-Demand product, TMTG+.”

The press release quoted Trump hailing the launch of his social media empire as a new era for the United States: “America is ready for TRUTH Social, and the end to cancel culture."