Rogan opined how the most powerful companies in the world rig the flow of information in a powerful interview with former New York Times writer Alex Berenson. Rogan suggested Google was “doing something to curate information,” and that was “one of the reasons I stopped using Google to search things.” Rogan stated further that “Where, like, if I wanted to find specific cases about people who died from vaccine-related injuries, I had to go to DuckDuckGo. I wasn't, I wasn’t finding them on Google.”

Rogan explained his thought process as he struggled with Google censorship:

In short, liberals and their tech giant allies have effectively circled the wagons around the COVID-19 vaccination narrative to the point where any challenge to their framing of the issues surrounding it, even if mere anecdotal cases, must be crushed. 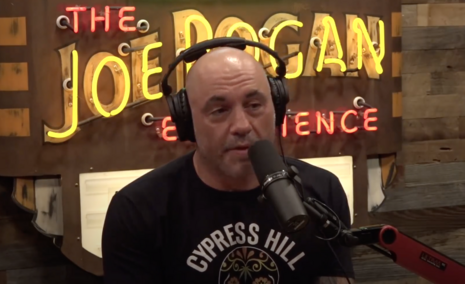 Google has an infamous reputation for allegedly rigging information with devastating results.

Vorhies claimed that Google altered its own algorithm to target former President Donald Trump. Vorhies summarized that Google’s algorithm tacked new negative stories about Trump onto old ones in order to keep them at the top of search results longer. “They allowed the mainstream media to structure their stories so that they could remain in the top of their search index,” he added.

Google-owned YouTube specifically created a Twiddler system for boosting and deboosting content, rigging the order of search results based upon various political keywords, according to a 950-page leak from Google whistleblower Zachary Vorhies.

Dr. Robert Epstein, Senior Research Psychologist at the American Institute for Behavioral Research and Technology and prominent liberal Google critic wrote an op-ed warning that Big Tech companies could rig the 2020 election and “make the Russians look like rank amateurs.” His op-ed, “Why Republicans Can’t Win in 2020,” observed that Big Tech companies “can shift opinions and votes in numerous ways that people can’t detect” and shared intercepted emails and studies to prove it. His solution: “monitor them aggressively.”

Conservatives are under attack! Contact Google at (650) 253-000, or by mail to 1600 Amphitheatre Parkway Mountain View, CA 94043, and demand that Big Tech stop censoring conservatives. If you have been censored, contact us at the Media Research Center contact form, and help us hold Big Tech accountable.