Stossel declared via Twitter that “Facebook and ‘fact checking’ activists at a group called Climate Feedback claimed I pushed misleading information - but I never made the claim they said I did! Even after pointing it out to them, they doubled down. Now, I'm suing.” ReclaimTheNet obtained a reported copy of the lawsuit. Variety illustrated that Stossel is “demanding at least $2 million in damages from Facebook in a lawsuit he filed against the social media giant, alleging the company defamed him by appending fact-checking labels to two videos he posted about climate change,” Variety explained in a Sept. 23 article.

Facebook reportedly responded to Variety that the platform is ready to lock horns: “We believe this case is without merit and we will defend ourselves vigorously against the allegations.”

Stossel’s complaint alleged Facebook and its fact-checking partners “falsely attributed to Stossel a claim he never made, and on that basis flagged the content as ‘misleading’ and ‘missing context,’ so that would-be viewers would be routed to the false attribution statement,” according to Variety. The outlet further reported:

“The complaint says that Stossel’s video ‘explored a scientific hypothesis’ that ‘while climate change undoubtedly contributes to forest fires, it was not the primary cause of the 2020 California fires.’ Per the suit, Stossel says he never made the claim that ‘Forest fires are caused by poor management. Not by climate change,’ which was in Facebook’s fact-check.” 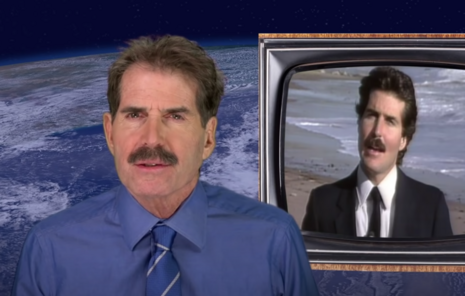 Stossel’s Government Fueled Fires video is indeed labeled with a “Missing Context” fact-check. The label further states, “Independent fact-checkers say this information could mislead people.” The fact-check links to a report by IFCN accredited fact-checker “Climate Feedback,” headlined: “​​Climate change, forest management and several other causes contribute to wildfire severity and total area burned in the western United States.” The International Fact-Checking Network (IFCN) is infamously liberal and has received funding from two liberal groups: George Soros’s Open Society Foundations (OSF) and The Omidyar Network and is a “forum of fact-checkers” run by the Poynter Institute.

Variety also reported on another video, which can still be viewed on Facebook: “Are We Doomed?” Facebook labeled the second video as “Partly False Information.” The fact-check label claimed: “The same information was checked in another post by independent fact-checkers.” Facebook linked to another Climate Feedback fact-check, “Climate Feedback” headlined: “Video promoted by John Stossel for Earth Day relies on incorrect and misleading claims about climate change.” Variety summarized: “Stossel claims the Facebook fact-check didn’t actually challenge any facts in the video, and he argues that the company’s fact-check process ‘is nothing more than a pretext… to defame users with impunity, particularly when Defendants disagree with the scientific opinions expressed in user content.’”

Conservatives are under attack! Contact Facebook headquarters at 1-650-308-7300 and demand that Big Tech provide equal footing for conservatives. If you have been censored, contact us at the Media Research Center contact form, and help us hold Big Tech accountable.