U.S. Plans to Close Division that Spied on Americans for Criticizing the Census

The Department of Commerce will shut down the entire Investigations and Threat Management Service division after even the liberal Washington Post condemned the outlandish government overreach. Americans were spied on for criticizing the census, and even the liberal media expressed outrage.

“The Department will eliminate ITMS division, among other recommendations,” the Department of Commerce declared on its official website. The announcement included further explanation that “[w]ithin 90 days, ITMS will be eliminated” due to “allegations of misconduct concerning ITMS spanning several years.”

The Washington Post summarized that the ITMS “covertly searched employees’ offices at night, ran broad keyword searches of their emails trying to surface signs of foreign influence and scoured Americans’ social media for critical comments about the census, according to documents and interviews with five former investigators.” 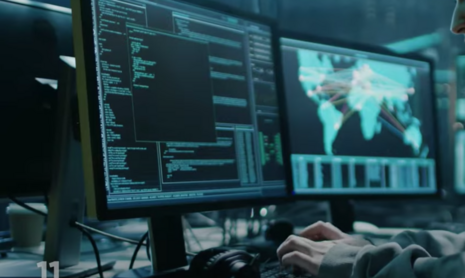 One example of the monitoring echoed the internment of Asian Americans in camps during World War II under Democrat President Franklin Delano Roosevelt: “[T]he unit searched Commerce servers for particular Chinese words, documents show. The search resulted in the monitoring of many Asian American employees over benign correspondence, according to two former investigators.”

In early February, Ranking Member Roger Wicker (R-MS) of the U.S. Senate Commerce, Science, and Transportation Committee launched an investigation into the ITMS. The report he released included damning claims such as “[o]ver time, the ITMS began regularly conducting criminal investigations and eventually began using counterintelligence tools to gather information about both foreign visitors and U.S. citizens––despite lacking any proper form of authorization.”

It also illustrated that the ITMS “surveilled social media activity on Twitter to monitor accounts that posted commentary critical of processes used to conduct the U.S. Census.”

Whistleblowers also indicated that “leadership sought to showcase the division’s intelligence-gathering capabilities by linking those accountholders––members of the general public––to disinformation campaigns orchestrated by foreign governments.”

The same report included a harrowing claim from whistleblowers that the ITMS “allowed cases to be opened for purposes of intimidation and retribution, creating the allusion that an individual was under investigation when, in fact, no threat existed to Department personnel or property.”