“Two companies, Google and Apple, have gatekeeper control of the two dominant mobile operating systems and their app stores that allow them to exclusively dictate the terms of the app market, inhibiting competition and restricting consumer choice.” 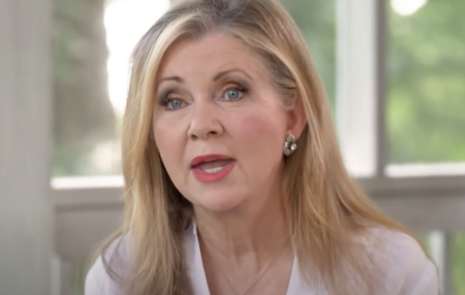 Blackburn torched Big Tech giants for strangling their competition with her announcement of the bill:

Apple and Google want to prevent developers and consumers from using third-party app stores that would threaten their bottom line. Their anticompetitive conduct is a direct affront to a free and fair marketplace. Senators Blumenthal, Klobuchar, and I are committed to ensuring U.S. consumers and small businesses are not punished by Big Tech dominance.

The press release also quoted Blumenthal, who declared: “‘This bipartisan bill will help break these tech giants’ ironclad grip, open the app economy to new competitors, and give mobile users more control over their own devices.’” He noted that their bill has been a long time coming: “‘For years, Apple and Google have squashed competitors and kept consumers in the dark—pocketing hefty windfalls while acting as supposedly benevolent gatekeepers of this multi-billion dollar market.’”

The Verge summarized that the bill would reportedly “bar companies from punishing developers that offer lower prices on a separate app store.” It also would reportedly “make it unlawful for companies like Apple to use non-public data from their stores to build competing products against companies using their service.”

An unnamed Apple spokesperson reportedly responded to the bill by writing to The Verge: “‘Since our founding, we’ve always put our users at the center of everything we do, and the App Store is the cornerstone of our work to connect developers and customers in a way that is safe and trustworthy.’” The spokesperson added, “‘At Apple, our focus is on maintaining an App Store where people can have confidence that every app must meet our rigorous guidelines and their privacy and security is protected.’”

CNN observed that the bill “does contain a catch that could offer a way out for app stores” in that it “includes exceptions for app store practices necessary for promoting user privacy and security, or for fighting fraud.”