France has put its money where its mouth is by demanding hundreds of millions of dollars from Google as punishment for allegedly refusing to work within the country’s competition guidelines.

The French regulator condemned Google for violating its April 2020 orders to negotiate with publishers for the right to show excerpts of their content in search results: “Those orders came after complaints from publishers that Google was sidestepping France’s implementation of a new European Union copyright directive.”

The French Competition Authority’s President Isabelle de Silva reportedly explained the fine is tailored to the “‘exceptional seriousness’ of the alleged violations”: “‘When the Authority imposes orders on companies, they are required to apply them scrupulously, respecting their letter and spirit. In this instance, unfortunately, that was not the case.’” 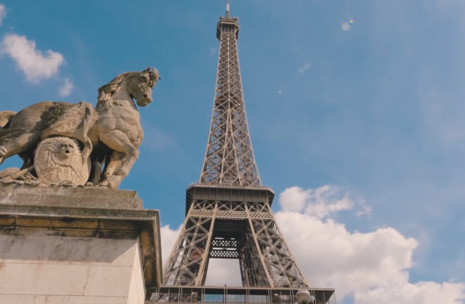 Google pushed back on accusations that it had not cooperated in good faith.

“‘We are very disappointed with this decision,’” a Google spokeswoman reportedly replied. “‘We have acted in good faith throughout the entire process. The fine ignores our efforts to reach an agreement, and the reality of how news works on our platforms.’”

Nonetheless, Google reportedly vowed “‘to turn the page with a definitive agreement.’” The company explained: “‘We will take the French Competition Authority’s feedback into consideration and adapt our offers.’”

The Journal observed that Google may be financially whalloped on a daily basis for refusing to cooperate with the French government’s demands:

The authority said that French publishers can now ask Google for new deals that comply with the French law, and threatened fines of $356,000 a day for each deal that isn’t completed within two months of the publisher’s formal request.

France has hit Big Tech where it hurts in recent months. “France’s competition watchdog fined Google 220 million euros ($268 million) on Monday for abusing its market power in the online advertising industry,” CNBC reported in early June. The news outlet continued: “Google has agreed to pay the fine and end some of its self-preferencing practices, the watchdog said.”

De Silva expressed in an announcement (verified using Google Translate) that French regulation will help many competitors actually have a fair chance in the market: “This sanction and these commitments will make it possible to re-establish a level playing field for all actors, and the ability of publishers to make the most of their advertising spaces.”

Conservatives are under attack! Contact Google at (650) 253-000, or by mail to 1600 Amphitheatre Parkway Mountain View, CA 94043, and demand that Big Tech stop censoring conservatives while allowing brazenly unscientific nonsense to be pushed. If you have been censored, contact us at the Media Research Center contact form, and help us hold Big Tech accountable.