Even academic credentials might not protect users from censorship. University of Canterbury Professor Anne-Marie Brady was reportedly censored after criticizing the Chinese President Xi Jinping.

Twitter may have egg on its face after censoring a respected academic. “Seems like @Twitter may have briefly forgotten they don't work for Xi Jinping #CPC100Years,” the unverified Brady account observed in a July 4 tweet with a screenshot of a censored post. “After those tweets were made ‘unavailable’, my account was then restricted. Thanks @edwardlucas for raising this with @Twitter, as I got no reply to my messages to them,” she explained further in her thread. One of the tweets she claimed was restricted linked to her opinion piece, headlined “Xi’s hollow 100th birthday celebration for the Chinese Communist Party.” She captioned it with a quip: “Alternative headline: ‘Xi: its my Party and I'll cry if I want to’ #CPC100Years.” 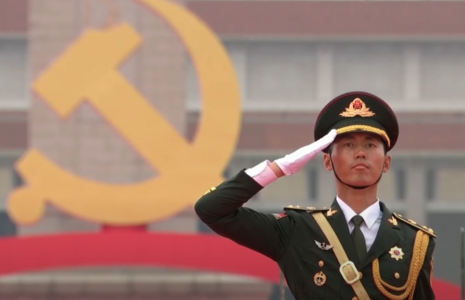 The unverified Brady account observed: “Some of the biggest names in social media, from @Twitter to @LinkedIn @Zoom & @Facebook, appear to be getting into a habit of silencing CCP critics. Yesterday it was my turn to be censored. Thanks for your support in getting it overturned @edwardlucas.”

Twitter pushed back on censorship accusations after being contacted by the Media Research Center: “We can confirm that Twitter did not take any action against any of the Tweets made by the referenced account.” A Twitter spokesperson claimed: “When we detect unusual activity from an account we may, in some cases, add notices temporarily until we have confirmation from the account owner. In this case, the account in question has already been recovered.”

“To set the record straight, the assertion that Twitter is in coordination with any government to suppress speech has no basis in fact whatsoever. We advocate for a free, global and Open Internet and remain a staunch defender of freedom of expression.”

The Epoch Times included one theory as to how Brady may have been censored in error: “Brady may have been subjected to an online campaign where multiple users complained about her post and triggered a review process.” The newspaper also noted that Brady has encountered shady tactics from Chinese Communist Party regime supporters before. The Epoch Times specified that “unidentified individuals have appeared in her classrooms to ‘observe’ her teaching. In one case, she had to force a person to leave.”