A prominent conservative has finally launched a payment processor so Americans won’t have to worry about PayPal or other woke corporations blacklisting them.

The pro-free speech payment processor solves a critical problem for the conservative movement online. “Dan Bongino and I have formed an entity, Liberatio Protocol LLC. Liberatio means liberation, and our launch of AlignPay represents our first investment in our Align For Freedom ecosystem,” strategic investor Jeffrey Wernick declared on Bongino.com. AlignPay described itself on its website as a “new payment processing solution that’s built for freedom and driven by the time-tested American conviction that everyone – no matter their race, religion, gender, or ideology – has the right to pursue happiness and live the American dream.” 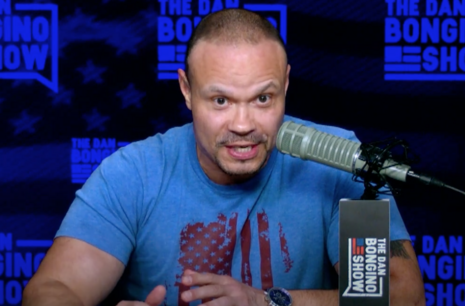 AlignPay’s mission statement explained further how the platform will be a game changer for the internet:

Whether you’re a first time small business owner, a fortune 50 company, a burgeoning non-profit, a church, a candidate for public office, or anything else you can dream up; AlignPay is here to help by enabling you to receive payments and contributions in a safe, private and secure manner – free from the threat of “cancel culture.”

Wernick explained in his blog that conservatives and free speech advocates are at a crossroads as liberals consolidate their power across many of America’s most powerful institutions: “The choice is clear: be a subject of the tech tyrants, tech oligarchs and their ecosystem which includes the woke, cancel culture mob, cultural Marxists, and most of the mainstream media who aid and abet. Or, join us at Align for Freedom, where privacy is respected, data is neither pillaged nor plundered, and we all practice [] mutual respect,” he explained. “We support freedom and prosperity for all people, for all Americans, not just those we might be ideologically aligned with[]. We embrace diversity in the truest, broadest sense.”

AlignPay featured a prominent statement on its homepage explaining the platform is “‘Cancel Culture’ Free.” It added that “Our Free Speech Principles preserve and strengthen the rights of all users to interact freely within the law. Period.”