Slate in Facebook's Corner? Site to CENSOR Satire That Punches Down

Facebook made it loud and clear that satire may be OK on the platform, but only on the condition it doesn’t target people or things that it favors. Leftist, progressive outlet Slate responded by claiming The Babylon Bee is the perfect target for punishment.

Satirical humor might be protected on a conditional basis, but Facebook has decided that humor at the expense of groups it likes is not allowed. “[T]rue satire does not ‘punch down,’” Facebook whined in a June 17 transparency report. “[I]f content is simply derogatory, not layered, complex, or subversive, it is not satire. Indeed, humor can be an effective mode of communicating hateful ideas.” In short, Facebook suggested that it has reserved the right to purge satirists for making jokes about people or things it favors.” Only a few days later, Slate responded by suggesting conservative satire website The Babylon Bee has “a nasty tendency to punch down” in a June 22 blog. 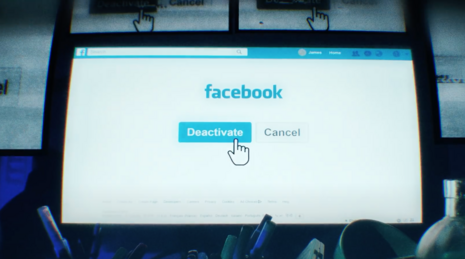 Slate gave due credit and remarked that The Babylon Bee has seen a meteoric rise in popularity “now garnering more interactions on Facebook than the Onion.” Even so, the leftist news outlet accused The Bee of being “often ‘ironically’ misogynistic, as when it ‘defended’ the place of women soldiers in the American military by reporting how ‘they don’t throw grenades well, so the enemy will never know what to expect’ and how ‘you can pay them way less, which gives you more money for weapons and ammo.’” It also described The Bee’s tendency to lampoon absurd gender politics as being “frequently antagonistic toward the LGBTQIA+ community.”

The unverified account purporting to represent The Babylon Bee CEO Seth Dillon juxtaposed Facebook’s announcement with Slate’s coverage in a tweet: “The image on the left is Facebook saying (just a few days ago) that true satire doesn't ‘punch down.’ The image on the right is @Slate (yesterday) saying The Babylon Bee has a ‘nasty tendency to punch down.’” He continued by warning his audience, “If you can't see where this is going next, you're blind.”

The Dillon account rejected the premise that The Bee, a rare example of conservative entertainment, is punching down when it pokes fun at the left’s ideology: “They say we antagonize the trans community (punching down). Utter nonsense. We're attacking the top-down tyranny of the left's progressive agenda and the destruction it's wreaking throughout society, enabled and fueled by all the most powerful people and institutions.” In a following tweet, he quipped “If that's not punching up, I don't know what is. But more importantly, the left's prohibition of ‘punching down’ is speech suppression in disguise. It's people in positions of power protecting their interests by telling you what you can and cannot joke about.”

The Babylon Bee is a member of the Free Speech Alliance.

Conservatives are under attack. Contact Facebook headquarters at 1-650-308-7300 and demand that Big Tech mirror the First Amendment. If you have been censored, contact us at the Media Research Center contact form, and help us hold Big Tech accountable.