NBC News recently showed its own biases in a pathetic attempt to slam social media companies for radicalizing Americans.

“We looked at why politics on social media has divided the nation, family by family,” NBC News television correspondent Jacob Ward tweeted May 9 alongside a link to a report. Ward also quoted a woman in his tweet who seemingly accused her mother of being radicalized: “‘I don’t think she’s my enemy, but I think she’s being used as a weapon,’ Jarusha told us of her mother, who she says is lost to conspiracy theories online.”

Ward observed in the report: “[R]esearchers say this happens every day, so we performed an unscientific test.” In a comical irony, the documentary presented conventional political sources as radical and then consulted a radical, left-wing academic, as an expert. 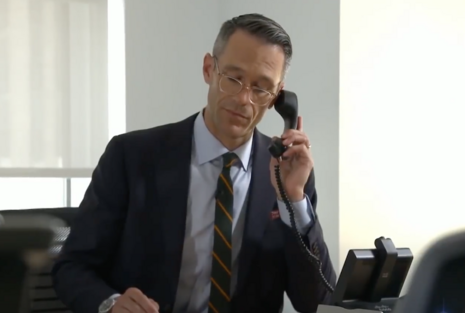 Even the study’s idea of left-wing radical content was unremarkable. Melanie came across “a lot from Occupy Democrats. That’s kind of the dominating force on my page right now.” Occupy Democrats, while being associated with the Occupy movement in name, shares content such as praising the Biden administration for legislating in favor of “LGBTQ rights.” The other example shown was YouTuber Shoe0nHead. Shoe0nHead, while left leaning, tends to be a free thinker who makes content such as criticizing woke pandering among the CIA.

The absurdity of the video reached a crescendo when NBC consulted Director of the Technology and Social Change Research Project at Harvard Kennedy’s Shorenstein Center Joan Donovan about online radicalization. In the video, she was quoted, explaining: “Over time that can actually give you the impression that some things that are more obscure or extreme are very much in the normal sphere of conversation”

Conservatives are under attack. Contact your representatives and demand that Big Tech mirror the First Amendment while providing transparency, clarity on “hate speech” and equal footing for conservatives. If you have been censored, contact us at the Media Research Center contact form, and help us hold Big Tech accountable.